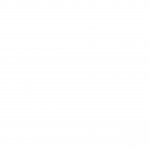 1. Don't downvote this
2. Downvote if you disagree
3. How many views can this get?
4. An upvote would be appreciated.
5. *a picture of a green arrow*
6. How many upvotes can this get?
7. Upvote if you agree.
8. I don't care if you downvote this.
9. Leave a comment if you agree.
10. =( i have no points
Tangre
0 ups, 6mo,
1 reply
1. Nobody says that.
2. Nobody says that
3. Views aren't upvotes and are considered worthless, but still, don't make memes like that. They're boring.
4. Yes
5. Those are only in "here's an upvote" posts which aren't technically upvote begging but it's clear the poster is trying to fish for upvotes back. Even if they aren't, it's still unfunny and boring.
6. Yes
7. Yes
8. Lame attempt at reverse psychology so probably yes.
9. Comments have no value so that does not matter.
10. Probably fishing for upvotes. Even if they aren't, complaining that you have no points won't get you points. Making funny and interesting memes makes points.

Long story short, just make funny and interesting memes and everybody will be happy. The problem with feeding upvote beggars is upvotes are what gets a meme to the front page. Views and comments have no value. It sucks when you're on the front page and have to scroll past multiple upvote begging posts before you get to one that's actually funny and interesting.
That_Nerdy_Hylian
0 ups, 6mo,
1 reply
Okay, well, I've seen memes that have these things, and for all of them, there were people in the comments saying that the meme was upvote begging.

but honestly, if you involve the word "upvote" "downvote" "view" or "comment" in your meme, even if its a jk meme that isnt meant to be funny, u get like LITERALLY HALF OF IMAGE FLIP commenting all over that it's "upvote begging" and sending the attached meme.
Tangre
0 ups, 6mo,
1 reply
Then maybe imgflippers should just stop making memes about upvotes and comments.
That_Nerdy_Hylian
0 ups, 6mo
¯\_(ツ)_/¯
[deleted]
0 ups, 11mo
HowBoutWeTalkAboutBRUNOOOOOOOOOO
0 ups, 6mo
Oh god a person begging for comments a views
low rated comment (click to show)
soul_of_CREATIVITY
3 ups, 1y,
5 replies
[deleted]
3 ups, 1y
[deleted]
4 ups, 1y
Because we don’t protect beggars and we don’t feed beggars
Tangre
3 ups, 1y
Because upvote begging is a horrible behavior and kills content.
MemesRCT_Official
1 up, 1y,
1 reply
meme_is_yum
0 ups, 1y
my guy if someone says like and sub on their yt channel what happens
[deleted]
1 up, 1y
I think you dropped your clown license here I’ll give you back your clown license* gives back clown license*
Show More Comments
Flip Settings

Caption this Meme
Created with the Imgflip Meme Generator
IMAGE DESCRIPTION:
UPVOTING THIS IS NOT REQUIRED, JUST SHARE A LINK TO THIS EVERYWHERE. ESPECIALLY IN BEGGING POST COMMENT SECTIONS. REPLY YES IF YOU AGREE, REPLY NO IF YOU DON'T. LET'S SEE IF WE CAN GET ENOUGH YES'S TO MAKE THE MODS ADD IT. HELP ME DO WHAT I CAN TO AT THE VERY LEAST REDUCE UPVOTE BEGGING, IT'S KILLING THIS SITE. IT NEEDS TO BE ADDED TO THE POSTING RULES OF THIS SITE THAT UPVOTE BEGGING IS NOT ALLOWED, SO UPVOTE BEGGING POSTS (I'M NOT DOING THEM THE DIGNITY OF CALLING THEM MEMES) CAN BE FLAGGED FOR REVIEW BY MODERATORS.
hotkeys: D = random, W = upvote, S = downvote, A = back
Feedback