Anticommunism has rotted the brains of like 90-95% of muricans 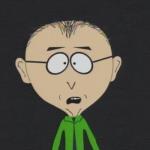 SoyChad_the_Communist
1 up, 2m,
1 reply
Every instance of the failure of Communism that I know about has come about as a result of United States interference and War being waged upon it. This is like saying that babies don't work because the United States keeps strangling them. China Cuba and the dprk are all surviving the United States. China industrialized inside of 75 years after sustaining heavy damage from World War II and have lifted the overwhelming majority of their population out of poverty. Cuba managers to have a higher life expectancy and lower infant mortality rate than the United States despite a 60 year embargo. Dprk has survived after Korea was bifurcated by a war launched by the United States. Your brain is full of sand
Jewel_Girl
1 up, 2m,
3 replies
communism has killed millions of people, it is just bad and in some ways worse than nazism
2SpiritCherokeePrincess M
2 ups, 2m,
1 reply
The U.S. has killed millions of my people, & how many times has the military invaded other countries?
SoyChad_the_Communist
1 up, 2m
SoyChad_the_Communist
2 ups, 2m,
1 reply
That's not true. Communism does not exterminate people. The fact that you are comparing them shows how brainwashed you are. All of this diarrhea flows from the "The black book."
better_call_sloth- M
3 ups, 2m,
1 reply
Turns out “six million” was an exaggeration — the actual death toll was “only” 3.5 million.

Still, that is a whole lot of people kicking the bucket either through the failures of communist economic policy or deliberate targeting and persecution by the Stalin regime, or some mixture of the two. Jury’s still out on that. (Sadly, the Putin regime doesn’t seem all that interested in getting to the bottom of this, for all the usual reasons dictators aren’t eager to examine history.)

Take your pick: Woeful resource mismanagement under communism or blatant industrial-scale violations of human rights. Which one?
SoyChad_the_Communist
1 up, 2m
The Russian govt puts actual people directly killed by the Soviets as 350K. I don't think it's fair to blame a famine on a country under economic blockade. It hardly intentional.
Jewel_Girl
1 up, 2m,
1 reply
what's wrong, you give up
SoyChad_the_Communist
0 ups, 2m
I am just exhausted by hearing the same tired farts over and over again. Show me an original thought and I will reply endlessly
better_call_sloth- M
2 ups, 2m,
2 replies
Weeeeeeelllllll

There is that little problem of the fact darn near every self-avowed Communist regime in history has actually turned out to be a cult-of-personality fascist state that gleefully tramples human rights and culture. No, all that wasn’t “real communism.” But it certainly doesn’t give Communism a good name.

If there were actually nice, friendly examples of communism working in practice at a large scale in modern societies, I think more people would be persuadable.

What do you say to that?
OlympianProduct M
1 up, 2m,
2 replies
Communist
Jewel_Girl
2 ups, 2m
SoyChad_the_Communist
1 up, 2m
Bro ur gonna OD on anticommunism
SoyChad_the_Communist
0 ups, 2m,
1 reply
That it's simply untrue in your brain has been rotted by anticommunism.
better_call_sloth- M
2 ups, 2m,
1 reply
Got an internet communist to call me brainwashed

Today was already a good day and it hasn’t even started
SoyChad_the_Communist
1 up, 2m
You disappoint me fam.
OlympianProduct M
1 up, 2m,
1 reply
The hundreds of millions killed under communism beg to differ
SoyChad_the_Communist
1 up, 2m
You know those claims are fabrications, right? Like the source of them, the black book, was written by Nazis.
Show More Comments
Flip Settings