Only a fool sees this any other way. 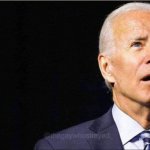 DTuck
1 up, 1m,
1 reply
Are you watching the information out there about the various audits? I don't know how they can make it all stick once the results prove who really won, but at the very least they will show the country just how foul the Democrats really are.
CR01
1 up, 1m
Yeah, they're still doing their damnedest to hold back the bursts in the dam, because even those audits will still only show the tip of the iceberg. There's a reason they tried to subvert the dominion machine audits at the AT&T building in TN with their "rv terrorist scheme," but I suspect even the deep stuff will yet come out and be more shocking than even the the ballot box subversions.

The irony is that even though they haven't been honest, and have absurdly failed to question the MSM narrative, most Dems are just ignorant pawns being manipulated by the deep state in ways they're not even capable of conceiving yet. So for most of that I just kind of turn the other cheek.
Abby_Normal
1 up, 1m Caption this Meme
Created with the Imgflip Meme Generator
IMAGE DESCRIPTION:
FOR THE FIRST TIME IN AMERICAN HISTORY WE HAVE NO PRESIDENT; JUST A WEAK, FRAIL, CRIMINALLY INSTALLED FIGUREHEAD
hotkeys: D = random, W = upvote, S = downvote, A = back
Feedback
<![endif]-->