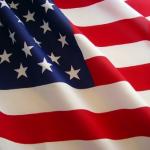 merryprankster
4 ups, 3m
"impeached" does not mean what you think it means, Stan.
You just can't seem to get that through you thick skull and into your pea- brain
low rated comment (click to show)
[deleted]
1 up, 3m,
4 replies
A_Drunkards_Dream
3 ups, 3m,
1 reply
Oh those mean tweets!!! Damned him!!
Demon_Carnotaurus
1 up, 3m,
2 replies
I'm just going on the offensive.
A_Drunkards_Dream
2 ups, 3m,
2 replies
Childhood games. You still playing them I guess. Must vote Demotard.
Giantsquonk
2 ups, 3m
Obviously too young too vote
Demon_Carnotaurus
1 up, 3m,
2 replies
All I'm saying is that Trump has done some pretty terrible things yet you seem completely unaware.
A_Drunkards_Dream
2 ups, 3m,
1 reply
Well list them please if you are so convinced. Don't care about his personal life. What terrible things did he do as President? Making America first for the citizens was bad?
Demon_Carnotaurus
0 ups, 3m,
2 replies
You need to learn to pay attention. Trump has let hundreds of thousands of innocent people die and he doesn't care. He is stupid and nearsighted and even got the virus himself.
Abby_Normal
2 ups, 3m
He didn't die from the virus, that's what a badass he is.

He created the vaccine way faster than Fauci, Biden, & Harris said that it could be done, thereby saving millions.

The deaths in the U.S. can be placed at the feet of Fauci, the Wuhan lab, & Xi Jinping.
A_Drunkards_Dream
2 ups, 3m,
2 replies
You are the one that needs to pay attention dipshit. He supplied hospital ships to NY, whose incomp Gov didn't use them. He had pop up hospitals put up in Central Park, again not used by the incomp Gov. He got the virus himself at 74 and was taking Hydroxy, which worked based on studies but idiots like you licked up the CNN narrative that it were "dangerous". Maybe you should do a little checking up on both sides of the narratives and try to figure out just which ones were lying all the time. You might not have paid attention or maybe because of embarrassment the networks like CNN haven't let you know that most of what Trump was saying was proven correct and they were lying. They lied because they knew chumps like you would eat it up hook line and sinker.
Demon_Carnotaurus
0 ups, 3m,
1 reply
That reminds me of someone. Oh, wait, it's you.
A_Drunkards_Dream
2 ups, 3m,
3 replies
How old are you? 14?
Lib_Terds_Suck
2 ups, 3m
Abby_Normal
1 up, 3m
Demon_Carnotaurus
0 ups, 3m
I was wondering about you actually. You seem like someone very immature or just not even very old at all.
Demon_Carnotaurus
0 ups, 3m
merryprankster
2 ups, 3m,
1 reply
Name one (1), just one...
Demon_Carnotaurus
2 ups, 3m,
2 replies
Define one. This is a pretty good example here.
merryprankster
2 ups, 3m,
1 reply
?
[deleted]
1 up, 3m,
1 reply
low rated comment (click to show)
[deleted]
0 ups, 3m,
1 reply
merryprankster
2 ups, 3m
Abby_Normal
1 up, 3m
I know that math is "wacist", but damn dude, you need a definition of "one"?

It's also the loneliest number.

Caption this Meme
Created with the Imgflip Meme Generator
IMAGE DESCRIPTION:
IMPEACH BIDEN; NO PRESIDENT HAS MADE US LOOK WEAK, LOST, STUPID FASTER THAN HIM THE WHOLE WORLD LAUGHS AT US
hotkeys: D = random, W = upvote, S = downvote, A = back
Feedback