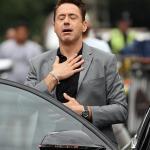 The former are generally idiots. The latter are generally cautious and awaiting further scientific data.
doppelheathen
0 ups, 1m,
1 reply
So far it's been my experience the only "data" the latter are awaiting is whatever fits an anti-vaxxer narrative. Case in point: imgflip.com/i/5djblw
IGK3777
1 up, 1m,
2 replies
Right. I'm in the latter category of, "Awaiting long-term large-scale data before opting to get the shots."

So clearly I'm just waiting for an anti-vaxxer narrative to confirm my bias, as evinced by the meme you linked.

Plenty of people like myself have received every major vaccination offered to date. There is overwhelming data over years and years of observation that shows they're not only the most effective public health tool we have outside of basic personal hygiene, but also entirely safe to take. I refuse to take the COVID vaccine *for now* because of its rapid development and lack of long-term data. If I'm putting something in my body to interact with my immune system, I want to be overwhelmingly certain that there are no unforeseen hazards down the line.
doppelheathen
0 ups, 1m,
1 reply
I was speaking from my experience with other anti-vaxxers so far. So I have (well, had) no idea what your stance is.

Concerns about the vaccines are perfectly valid, but I would still argue the disease is far worse than the vaccine.
IGK3777
0 ups, 1m
It is, but I'm in good health and am fairly young. The virus likely won't kill or seriously harm me, so I'm happy taking my chances and waiting to see if there are any latent effects on those who get the shot. It's not that I have any specific reason to mistrust it. It's that I don't have the years upon years of data backing up the safety of the shots I have taken.

Why are you liberal trolls such angry little buggers?
doppelheathen
0 ups, 1m,
2 replies
I'm not a liberal.

You have yet to refute the facts of the good doctor, your useless ad hominem website notwithstanding.
doppelheathen
0 ups, 1m,
1 reply
Yeah, that's pretty much what you and the other right-wingers in the polishit stream do: deny any refutation you don't like.
DTuck
0 ups, 1m,
1 reply
You have yet to refute anything. You did a mad internet search, and copied/pasted an article from a globalist leftist website.

Would that be the "scientific community" that once said smoking was good for pregnant women? Your problem is that you are afraid to think for yourself, so you appeal to "experts" and so-called authority. Life can be a scary place, especially for snowflakes.

Here's a clue- the "Scientific community" is made up of other human beings, most of whom are in the positions they are in because they did a better job of regurgitating what they were told to regurgitate. We have an excellent set of examples of how any real dissent is censored and suppressed, vis-à-vis Covid. Science does not require censorship- on the contrary, it dies a withering death under such conditions.

Here's another clue- science is not a popularity contest, so you can take your "most" and jump off a cliff. Especially in this day and age, where everything is politicized, the "scientific community" is largely bought and sold by politicians, particularly left wing pols. There is hardly a left wing "scientific" view that is not easily undone by properly evaluating the data. The Left are fools by definition (Psalm 14:1), and so they apply foolish interpretations to everything, especially science.

As to being arrogant, it is really hard to not come across that way when dealing with fools, especially incorrigible and obstinate ones like yourself. It wouldn't be so bad, were it not for the serious damage your world view does when it is held by people in positions of power. It alone costs millions of unborn human beings their lives year after year.

btw- It is possible, though perhaps not for you, to be smarter than the average "scientist" in the "scientific community", as if science were somehow confined to an elite "community". But I suppose this is why you think the way you do- it is hard for you to imagine this to be possible.
doppelheathen
0 ups, 4w
Yes, I know reality can be a scary place for you, but you still need to come up out of the rabbit hole and stop with the ad hominems. You're just doing what you're accusing me of, and I have to respond likewise.

Science says a lot of things initially that aren't true, like the earth is at the center of the universe, or that we shouldn't wear masks. But science works to revise itself via repeated experiments and observations and hypothesizing.

The only thing you've managed to accomplish is outing yourself as another troll. So there's really nothing further to say.
DTuck
0 ups, 4w,
1 reply
p.s. It take a pretty arrogant person to judge someone as being arrogant . . . how sweet the irony.
doppelheathen
0 ups, 4w,
4 replies
So by your own logic you have proven my point. Goid job.
DTuck
0 ups, 4w,
1 reply
You are a funny little snowflake, that much is certain. Goid boy/girl/beep/boop.

It is your side that is confused about there only being two genders- pretty scientific lol.
doppelheathen
0 ups, 4w
Wow, you're not only a troll but a creepy one at that. That was pure cringe.

I never stated any position on genders, by the way, so you can't know it. But I'm guessing that you're still hanging onto thd incorrect assumption that I'm a liberal or leftist.

I'm pretty sure you're the troll in this stream lol. And as for creepy, there isn't anything creepier than a liberal/leftist troll- everything you stand for is sick and depraved.

"incorrect assumption that I'm a liberal or leftist."

AND you have a serious case of Trump Derangement Syndrome. One day when you grow up (which will exclude continuing to be a leftist) and you have to be responsible for making a living, you will begin to realize that Trump was one of the best presidents we have seen in a long time.

That's the problem with you libs- you think you are in charge, and then throw petty tantrums when you don't get your way. Your mommy is to blame for this.
doppelheathen
0 ups, 4w
Still not a liberal, ya idiot. Go away.
DTuck
0 ups, 1m
https://populist.press/13-year-old-boy-found-dead-after-second-pfizer-shot/
Show More Comments
Flip Settings

Caption this Meme
Created with the Imgflip Meme Generator
IMAGE DESCRIPTION:
WHEN YOU FEEL LIKE AN IDIOT; BUT THEN YOU REMEMBER THERE ARE ANTI-VAXXERS
hotkeys: D = random, W = upvote, S = downvote, A = back
Feedback
<![endif]-->