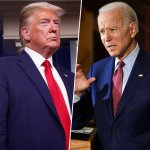 Caption this Meme
Add Meme
Add Image
Post Comment
Best first
Best first
Latest first
Oldest first
53 Comments
reply
CorporateLife2k
7 ups, 1m,
3 replies
Biden has been in office almost half a century. Funny how the liberals never talk about ANY legislation he has supported that is embarrassing. And despite the censorship, if you spend about 15 minutes looking, you can still find why the orange man was not a bad president and the senile guy has been ruinous.
reply
ComfortablyNOMBFrog
0 ups, 1m
A person who believes a country that can be ruined in less than three months, never truly believed it to be all that strong, let alone ever great.

Do you want to be that person?

I am not such a person. I never believed Trump destroyed America nor was trying to destroy it. I didn’t think he needed to make it great again. It was always great. That’s where some Democrats and Never-Trumpers got it wrong. Just because we aren’t a perfect country doesn’t mean we’re not great. It is our ability to strive for perfection with the knowledge that perfection isn’t a destination. It’s a path that never ends. We are great and can always be greater.
reply
SukaMadik
0 ups, 1m largest single funding of HBCU's ever

...sorry, I couldn't think of any bad things, what you got?
reply
wow_crazy-right12
1 up, 1m,
1 reply
This wouldn't be happening right now if trump told us about corona earlier right he told us like in february of 2020 and Covid 19 was official in december 2019
reply
Magus01
1 up, 1m,
1 reply
He did what every other leader did and acted when it was threatening to come to his country.

Remember that time in February last year when he asked people to not go out so much, and Pelosi made a huge deal of going to Chinatown to celebrate the Chinese New Year?

Remember that time he closed the airports to flights from China and Pelosi, Biden et al, called him a xenophobe ...then a month later they called him irresponsible because he didn't shut the airports down quick enough?
reply
wow_crazy-right12
0 ups, 1m,
1 reply
No he is the worst president ever he told us about covid when it was in our city he also doesn't even support black lives matter
reply
Magus01
1 up, 1m,
5 replies
nobody supports blm anymore ...they done their job, they disrupted the election, got a shit-ton of money for the Dems ...just exactly like they did in 2016 and n o doubt will do again in 2024

why do you support blm?

do you think it's right that an organisation that rioted all over America and left 30+ people dead in their wake, should get a Nobel peace prize?
reply
wow_crazy-right12
1 up, 1m,
3 replies
I only support the peaceful protests I have no idea what other BLM supporters thought about rioting. Democrats and Republicans have both done bad things like republicans broke into the capital and democrats rioting.So many people do still support BLM
Magus01
1 up, 1m
Democrats broke into the Capitol a couple years back ...remember?

Also, the leftist Black panthers stormed the Capitol in the late 60's ...fully armed too ...but neither was an insurrection?! ...and then there was that time last year when blm firebombed a federal building and tried to lure a Federal officer out so that they could kill him with a hammer ....you do know about these incidents, right!? they were all caught on video ...they're all still on the web, should you care to look for them
Magus01
1 up, 1m
can you post a link to peaceful blm protest? I've never seen one which didn't end in a Federal building being fire-bombed or leave someone dead
Magus01
1 up, 1m
can I ask, how old are you? I'm thinking/hoping you're a teenager
reply
wow_crazy-right12
0 ups, 1m,
1 reply
https://www.washingtonpost.com/politics/2020/10/16/this-summers-black-lives-matter-protesters-were-overwhelming-peaceful-our-research-finds/
Magus01
1 up, 1m
or WaPo ...my bad :)
reply
wow_crazy-right12
0 ups, 1m
another link
reply
wow_crazy-right12
0 ups, 1m,
1 reply
https://www.huffpost.com/entry/black-lives-matter-protest-photo_n_5782d1ffe4b0344d514fdddc heres the link
Magus01
1 up, 1m
here's a tip if you want to retain any semblance of integrity ....NEVER ...under any circumstances....NEVER back up your "opinions" with links to Huff post/wikipedia/snopes or the like

i'm a Gen-X'er, i have a feeling you're very young

unlike most leftists online, you haven't "reeeeeeeeeee'd" your way out of the debate yet, so i'm guessing you're still idealistic enough to be reasoned with :)
reply
wow_crazy-right12
0 ups, 1m
send me the link then
reply
wow_crazy-right12
0 ups, 1m,
1 reply
Washington post is the most trusted website so actually look at it :)
reply
Magus01
1 up, 1m,
2 replies
if you printed out the pages of WaPo for me, I wouldn't wipe my dog's arse with it even if it had diarrhoea

sorry, but you learn these things with experience
reply
wow_crazy-right12
0 ups, 1m,
1 reply
https://www.globalcitizen.org/es/content/peace-protests-dallas-response/
another link
reply
Magus01
1 up, 1m
Now this is a link to a source I don't know, but I will check it out

not right now tho' cos it's World Cup fever here right now and I'm about to settle down to some cold beers and some quality football (soccer to you !!)

not looking at links from wikipedia/snopes/WaPo/ etc. just means, I've been there a million times before
reply
ComfortablyNOMBFrog
2 ups, 1m,
2 replies
Let’s start by telling the truth.

You’re referring to the war on drugs which, yes, disproportionately put black people in jail.

Naturally, Trump couldn’t officially support the legislation as he was not a politician but what was Trump’s stance on the war on drug at the time?

Both candidates have flipped on those issues since then.

“Called for the complete elimination of the opposing party by 2024.”

Neither have done so. Presumably, you’re referring to this joke.

I don’t see how that’s calling for the elimination of the Republican Party. If we’re going to take such rhetoric to heart, then you’d be engaging in direct hypocrisy. Not political discourse.

“Created one of the biggest humanitarian crisis in the border?”

Neither. These current caravans are the result of the Pandemic and series of natural disasters that have increased poverty. Many are seeking refuge in the US for a multitude of reasons. Neither which have anything to do directly with either Trump or Biden’s policies.

“Has a son who lied on his background check paperwork to purchase a handgun.”

Finally, an honest description that pertains to Joe Biden.

“Placed people in his cabinet who misappropriated hundreds of millions in state funds.”

Without looking it up, this is either a neither or both answer; I’m guessing. I suppose it depends on what you mean by misappropriation. If you mean they’ve not broken any specific federal or state rules or laws but have made questionable expenditures that bend the limits of what is public ally acceptable, then both.

https://www.americanprogress.org/issues/democracy/news/2018/01/16/444997/cost-corruption-waste-abuse-president-trumps-cabinet/
reply
SukaMadik
2 ups, 1m
reply
Magus01
0 ups, 1m,
1 reply
Biden *flipped* on his crime bill? really? last I saw a couple years ago, Biden said he was *proud* of his involvement in it ...when did he flip?
reply
ComfortablyNOMBFrog
1 up, 1m,
1 reply
I've not been able to find any article that claims he was proud of his involvement. May I have a link to a source on that?

I will say, that I've found a Cory Brooker quote that claims Biden as the "proud architect" of the 1994 crime bill.

https://abcnews.go.com/Politics/bidens-policy-proposal-face-crime-law-helped-create/story?id=64497898
reply
Magus01
0 ups, 1m,
2 replies
my bad, he wasn't "proud" of it ...he just wasn't "ashamed" of it or the fact that he wrote it, like everyone else attached to it was :)

So, I hereby take it all back, Joe Biden's crime bill was NOT racist at all and African Americans deserved to be treated like this :)
reply
ComfortablyNOMBFrog
0 ups, 1m,
2 replies
"like everyone else attached to it was"

Heh, of course the video you just linked directly contradicts that within the first eight seconds with Bobby Rush saying he was ashamed that he voted for the '94 crime bill.

As for the rest of your responses, if you no longer wish to engage in this conversation; you're free to leave the discussion. Otherwise, I suggest you reframe your sentences so that they conclude something of a point.

so what about biden flipping? where is this?
reply
ComfortablyNOMBFrog
0 ups, 1m,
1 reply
Ah, I see where we’ve miscommunicated. Your grammar could use a little work but the structure of this sentence...

Because of your initial structure, the dangling participle threw me as to whom was and wasn’t ashamed. I see now you actually meant:

So, you’re correct. It doesn’t contradict you. My bad, as you would say.

As for where he flipped, I think you mean when. Initially, the crime bill was passed through overwhelming bipartisan effort in the Senate. 95-4, for passing the legislature in lieu of Biden’s initial draft.

And that is certainly something to be proud of but I’d say the support from it began to slip when it became apparent that despite the fact that crime and murder rates were on the decline, mass incarceration was on the rise. And with that came a rise in federal costs.

Finding it both impractical and no longer financially viable to see the still increasingly high incarcerations, especially after the 2008 recession, both sides of the political spectrum have called for prison reform. It didn’t receive much in the way of real traction on a federal level until 2017 with the First Step Act’s introduction.

Which was introduced by a Republican, Dan Sullivan and passed at the end of 2018 without a single objection from Senate and House Democrats. With only a couple dozen Republicans against it.

This signal that prison reform could not only be a potential unification of the Democratic Party but of renewed bipartisan relations with the Republican Party likely is when Biden began to seriously reconsider the impact of his ‘94 Crime Bill and seized the opportunity to instead recommit his efforts to prison reform.

"Go in peace"
reply
John-MichaelMustchin1
1 up, 1m,
1 reply
"Fight like hell"
reply
Magus01
0 ups, 1m
I've fought for a shit-ton of things in my life ...never had to smack anyone to get them

have you ever had to fight for anything?
reply
Pascalean
0 ups, 1m,
1 reply
Hillary...who didn't win or become president, sought to overturn Trump's election with the full support of the Democrats and MSM, by turning a Fake dossier into a four-year witch hunt without ever providing evidence to back up the document.
reply
John-MichaelMustchin1
0 ups, 1m,
1 reply
She was never president, and didn't seek to become president after losing. She conceded the next morning.
reply
Pascalean
0 ups, 1m
But the conspiracy she started continued, with her help, whose whole goal was to create the same toxic environment and overthrow a presidency. Democrats' hands aren't clean in any of this.
Show More Comments
Flip Settings
memes
gifs
other

Caption this Meme
Created with the Imgflip Meme Generator
IMAGE DESCRIPTION:
LET'S TEST YOUR MIND, WHICH PRESIDENT:; SUPPORTED LEGISLATION THAT DISPROPORTIONALLY PLACED MORE BLACKS IN PRISON? PUBLICALLY CALLED FOR THE COMPLETE ELIMINATION OF THE OPPOSING POLITICAL PARTY BEFORE 2024? CREATED ONE OF THE BIGGEST HUMANITARIAN CRISES ON OUR SOUTHERN BORDER IN RECENT HISTORY? HAS A SON WHO LIED ON HIS BACKGROUND CHECK PAPERWORK TO PURCHASE A HANDGUN? PLACED PEOPLE IN HIS CABINETS WHO MISAPPROPRIATED HUNDREDS OF MILLIONS IN STATE FUNDS? GIVE UP? I'LL GIVE YOU A HINT...IT WAS NOT TRUMP.
hotkeys: D = random, W = upvote, S = downvote, A = back
Feedback
<![endif]-->