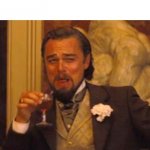 sorry if this is offensive, but still, you got to admit, you would kill this person!
thisisfun
0 ups, 7m
I f**king would!
meganoobman
3 ups, 2y
why are people so offended by this? its just a meme
Orange-Official
2 ups, 2y
SAME
BoazKrebs
2 ups, 2y yup, i feel exactly the same about autism jokes.... and i have autism too!
skullb0i5000
2 ups, 2y
i actually have autism as well, and last time i checked, im not offended by autism memes
Epic-Boi
1 up, 2y
Yeah why do people say that making memes about autism is offensive to the autistic? I have autism and it doesn’t offend me
MetalGoat666
3 ups, 2y,
2 replies
Actually autism isn't something you have, it's something you are.
Autism is only considered a disease or illness when you it disables you as a person.

https://oolong.medium.com/autism-when-its-not-a-disability-a3dcafa732a
https://www.reddit.com/r/AutismTranslated/
Epic-Boi
3 ups, 2y
It isn’t a disease at all, it’s a mental disorder. This is a fact.
firestar9990
2 ups, 2y,
1 reply
I have autism and it is a disease.

fight me i dare you
MetalGoat666
3 ups, 2y,
1 reply
Me too :) (not joking) and it's not a disease, it's considered a mental illness or disability (might depend on the language, I'm actually not native in English).

[i]People's opinions vary heavily on this btw, so please allow me to explain my stance on this subject.[/i]

Autism exists on a spectrum, and there are many forms in which it manifests, most of which are considered a disease or mental illness, but not all of them. In the past there were many descriptive forms, until they decided to abolish this as it's extremely difficult to give an absolute description on someone's mental condition. Officially I have Asperger Syndrome, but in the past they thought I had "classic autism", and "now" autism has become an (un)descriptive term for anyone who shows only a small portion of this spectrum.

There is no more, or even less clarity on this and it's easy to say it's a disease while it not always shows itself as such. A neuroscientist once said it best, "autism is only a disease if it makes the person sick or disabled to function properly." While it's not so much the autism itself, but more the expectations of the world around us that expect certain conformity or ways of behavior that we are unable to express or cope with (because it doesn't naturally). Commonly resolved using a technique called "masking" (look it up, you will be surprised).

If you put an autistic person within a group of other autists it barely shows any difference, but put them in a group of neuro-conformists (people who are not autistic) and it the differences can be rather large. It's like both are speaking a different language, it some ways they even do.

A mental illness or a disease is something of which you can be cured or threaded for, but autism is only a said thing if it shows itself as such. Most times it's about the context of conformity and expectations.

I have met various autistic people (either are or have, their choose of wording), and all of them showed major differences.

My personal problem with calling it at a disease or illness (in totality, without a proper context) is that puts you away as someone who is "wrong" or "bad", it can easily be used against you because you "have" a mental illness, so why bother taking us serious??

Same things can actually be said about anyone who chooses to be (or is) different btw, without explanation why something "is" bad or wrong it opens the door wide open for discrimination on no logical grounds or reason other than the believe of some people who have decided
this is not OK, and if that vary reason forbids me to be free and be myself, they better have a Go***mn reason to do so. (Spoiler alert: they didn't, and it let me with years of PTSD and self hatred for not being able to life-up to the expectations that others had over me, not that I'm a bad person for that matter).

Not to mention the many people who have something bad to say over people like us, while they themselves are no better than us.
firestar9990
2 ups, 2y,
1 reply
i'm depressed anyway so it doesen't matter about the second part
MetalGoat666
1 up, 2y
blueboylittle
1 up, 2y
Ok Idk if you said what autism like does to a person in the whole essay, my lazy arse wouldn't read the second part (Lmao) so please tell me
[deleted]
2 ups, 2y,
2 replies
um..

why only white girls? why not colored? boys?
meganoobman
2 ups, 2y,
1 reply
because
[deleted]
1 up, 2y,
1 reply
*offended*
meganoobman
3 ups, 2y,
1 reply
well its a meme
DatGuyKevv
1 up, 2y
*agrees*
firestar9990
2 ups, 2y,
1 reply
"White girls" is a meme term for a young karen
[deleted]
1 up, 2y,
1 reply
IM NOT A YOUNG KAREN
firestar9990
1 up, 2y
it's a meme term just as not all people named karen are karens
Get_N00B
1 up, 2y
I find them supportive. Also, I have autism too.
EliseElsie8100
1 up, 2y,
1 reply
I'm a white girl with autism.
PittoKun
0 ups, 2y
sorry, I'm actually a white girl too. but I'm just using this because it's a meme term.
blueboylittle
1 up, 2y
tbh I legit started searching up every mental-illness I have heard before, and now I think I have ADHD ._.
[deleted]
1 up, 2y
Haha I'm right there with you brother.
MeMe_BOMB1
1 up, 2y
A guy with autism used to like me no offense but he was like the weirdest person ever. And when he ever came up to me he would try to give me a hug and just eww. Yeah but I have an illness too I have a brain tumor.
meganoobman
1 up, 2y,
1 reply
69 upvotes
PittoKun
0 ups, 2y
ayyyyy
Clara3375
0 ups, 1y
WHY THE HECK IS EVERYBODY MEAN TO WHITE GIRLS THAT IS RACIST AND SEXIST!!!
Battl3bee
0 ups, 1y
me, with autism, when I see memes mocking those stereotypes:
EliseElsie8100
0 ups, 8m,
1 reply
This is rude. I am a white girl. Plus I have autism.
1inkthe1egend
0 ups, 4m
it's just a stereotype. i'm autistic and if someone bashes me about it, then send them to hell and back.
Yotani
0 ups, 4m
As someone with autism, this is just hilarious!
anether_guy
0 ups, 2y
Show More Comments
Flip Settings

Caption this Meme
Created with the Imgflip Meme Generator
IMAGE DESCRIPTION:
PEOPLE: *MAKE MEMES ABOUT AUTISM* WHITE GIRLS: NO YOU CAN'T MAKE THOSE! THOSE ARE DISRESPECTFUL!! >:( ME, WITH AUTISM:
hotkeys: D = random, W = upvote, S = downvote, A = back
Feedback