We all knew it wasn't gonna happen, come on man! 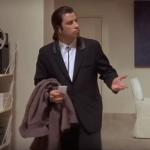 "They know. in politics

It doesn't matter, the right will roll over and take it like they always do. They talk big but they got no ballz for a fight. There will never be a republican president ever again."

There won't be a unification. I called it months before the election that no matter who wins a civil war is certain."
reply
Fenrar28
2 ups, 4m,
1 reply
I haven't forgotten, there is gonna be no fight because conservatives lack conviction and there is going to be a civil war just not the kind you think. It's going to be a war of hearts and minds. Nice try at trying to "call me out" though.
reply
VagabondSouffle
2 ups, 4m,
1 reply
There's gonna be none because there ain't none to have.

"Hey ma, can you get everyone to hide out in the basement for the next 5 years, me and George down the block are going to march off to war with, um, remember them pink haired Punk Rocker chicks Sabrina hung around with in hs? You know where they live?"

The civil war you suddenly realized you meant we were gonna have ain't either. It's just a game to keep the peons willfully blindfolded while yous get fleeced by grrrrr grrrrr Team Fakelosi grrrrr and grrrrr grrrrr Team Moscow Hitch on the next Bandwagon grrrrr,,,,

Love your backpedaling tho, CoD players do it oh so well,,,
reply
lokiare
1 up, 4m,
1 reply
Its the globalists will that we have a civil war. Its pretty much going to happen now, no matter what.
It might have been avoided if the election fraud had been investigated and the news would have shown the results (regardless of who actually won). That didn't happen, so now we are going to see states nullifying everything Biden does. Then troops will be sent in to enforce his will, and bang you'll see a civil war.
reply
VagabondSouffle
0 ups, 4m,
1 reply
tl;dr

Biden. Inauguration. Yesterday. Google. Get over it.
reply
lokiare
0 ups, 4m,
1 reply
Nope. Its going to start with states not cooperating and ignoring all of Biden's orders. Then its going to devolve into civil war.
reply
VagabondSouffle
0 ups, 4m
Like the one that began when the Election was certified?
Civil war with whom?
reply
KeeganFitzpatrick1
0 ups, 4m
Joe "believes he has all the time possible " gets mad at reporter yells at him for asking why he is not acting
reply
antithesis
3 ups, 4m
I can think of six different users right here on imgflip just off the top of my head that clearly stated every intention of stopping Biden's inauguration at any cost if the security were lax enough for them to do so.
Show More Comments
Flip Settings
memes
gifs
other