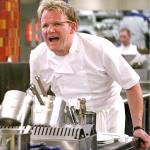 Your opinion and input was not helpful, nor appreciated WHATSOEVER, f**k off back to your bridge you troll! No one wanted this!

Hey dumbass, it doesn't matter if it's someone else's, my point still stands! It's just a meme!
TheLargePig
0 ups, 9m,
1 reply
No, they don’t know that it’s a repost. That’s why I’m here in the first place.

I bet $100 you had no idea it was a repost until you saw our comments and evidence.

I'll take my money, I did know if his was a repost, I followed the original memer for a VERY long time!

DO YOU EVEN REALIZE HOW ASTRONOMICALLY STUPID THAT IS? They don't have to know it's entire origin to like it, and even then half of these people would upvote anyway!
TheLargePig
0 ups, 9m,
1 reply
You’ve literally been on here for a month. The original meme is 1-2 years old. I smell a lie.

The Imgflip community is more against reposts than you think.
[deleted]
1 up, 9m,
1 reply
Hey dumbass, I got hacked twice. I've in reality for been here for a year and a half.I

Well It's damn well less against it than you do.

Plenty of reposted memes I’ve seen have been bombarded (rightfully) with comments calling it out.

People just have yet to see this is a repost.
[deleted]
1 up, 9m
I'm done fighting you on this, whatever. be a f**king jackass to people, I have commissions to do.
[deleted]
1 up, 9m,
1 reply
you lack the grammatical comprehension to realize what I mean. You are prosecuting a person who, if they were being THAT bad would have been dealt with, because you take it as your job to, when I'm reality you're just a petty fickle little troll who has nothing better to do with their life than get upset over a meme that doesn't offend LITTERALLY ANYONE.
TheLargePig
0 ups, 9m,
1 reply
Offending people and being against the rules are 2 different things.

I do not take it as my job. You do realize this is the first time in weeks I have called a meme out for being a repost, correct?

Please; take my route. Actually do some research instead of assuming what I do when I’m on Imgflip.

Your flaw in reasoning here is: “if he was breaking the rules the mods would have taken care of it”
What do you think the flag is for? Mods can’t filter everything. Reposts are not allowed. It’s right there in front of your eyes. Just because it’s not being taken care of doesn’t mean it shouldn’t be.
[deleted]
1 up, 9m,
1 reply
You know what I mean, smartass.

I don't like your route, I think I'll take my own.

YOUR flaw in reasoning is that if you wanna get upset over the repost, just flag it. Don't be a little hitch about it. Just flag it and move you happy self along.
TheLargePig
0 ups, 9m,
2 replies
No, I don’t know what you mean. There literally is a difference. I don’t care how offensive someone’s meme is.

Flagging only informs the mods. I’m also trying to inform other users that not only is this a repost, but that reposts are also banned from the front page.
[deleted]
1 up, 9m,
1 reply
You're missing my point

Oh, but the repost is "right before their very eyes"in your own words, if the users gave a f**k about it they wouldn't be fighting you on it. do you see the issuehere? We. Don't. Care. We shouldn't. It's a meme, grow up man.
TheLargePig
0 ups, 9m
No, the fact that they are fighting shows that they care a lot. They care so much about this meme that they’re defending it even when the evidence is unfolded to them that it’s a repost.

That’s the issue. Not the one you made up.

Caption this Meme
Created with the Imgflip Meme Generator
IMAGE DESCRIPTION:
THIS STEAK IS SO RAW; IT IS STILL TRYING TO JUMP OVER THE MOON
hotkeys: D = random, W = upvote, S = downvote, A = back
Feedback