I wonder who in here is actually proud to be white... 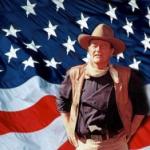 I was born that way, it's not an achievement. Nobody should be proud, or ashamed, of their color or gender.
reply
Cerebrophage
3 ups, 2m,
1 reply reply
antithesis
4 ups, 2m,
2 replies
reply
Skullford
4 ups, 2m,
1 reply
Is black and proud or la raza dog whistles too hypocrite?
reply
antithesis
3 ups, 2m,
1 reply
The way you're using them right now? Definitely.
reply
Skullford
2 ups, 2m,
2 replies
By that logic there is a way to say white and proud that is not a dog whistle then. Keep determining right and wrong by your whims pal.
reply
Cerebrophage
3 ups, 2m
Sure there is:
I am proud of the accomplishments that I have made for myself and what I have done with my life, I am proud of the legacy my ancestors have left me. I also happen to be white.

Being proud of a color is an exclusionary statement. With exception, to black pride. The reason being is that their entire race has overcome the greatest challenge in history, where they were excluded for their skin color alone. It didn't matter where they came from, their backgrounds, it was just their skin color. Of course, I'm not an expert in the matters of social justice (that phrase is not inherently bad in itself.)
reply
antithesis
1 up, 2m
Not that you've ever found it, but maybe there is.
reply
Cerebrophage
1 up, 2m
This guy gets it.
reply
ourour_notmeme
0 ups, 2w
No, In fact, I am a little ashamed of it. If there's anything to be proud of, its that we're very good at making other people miserable for personal gain, and I'm not proud of that.
reply
DoctorStrangelove
0 ups, 2w,
1 reply
And evidently that’s not the only thing we’re sensitive about. At least a few of us who are proud of this ability.

Anyone who takes pride in their skin without overcoming a real burden of racial stigmatism is suspect to such a thing.

Those who ask for equality believe we do not have it now. So, it is absurd to demand they see it when we ask for our own pride to be respected.

If you want to show them that pride in your skin is ridiculous, then don’t sound like a petulant child when you don’t get to have your parade. Just join the parade.
reply
Cerebrophage
2 ups, 2w,
1 reply
There's a lot of sense to what you're saying. Quite fair arguments. But the reason why some PoC (in contrast to the ability you speak of in your meme) do not pick up this ability, is because they are still suffering from racism since they day they were born. If you're born into it, how can you know that what you face is wrong? Only as you grow older and see the differences, are exposed to different cultures within your own country, are you able to see the racism.

It's ironic that you speak of joining a parade instead of fussing. I remember when I was taking care of the elderly who likes to watch Fox News, there was Tucker Carlson talking about how it is unfair to have support groups for people of color to have support groups for racism and prejudice based on the color of their skin. He asked, why don't whites get such a support group. Stunned by the audacity of the question, the man couldn't answer. The moment he was able to start to come up with one, Tucker recognized it and cut him off in the interview.

Sure, it's a fair argument on paper. But the reality is that if you face racism as a white person in the school where this took place, you might be the only one who shows up once for a whole year. You'd rather divert a budget to have something that no one shows up to?

Then there's the whole thing where Trump said diversity training was anti-white propaganda. Which was the most blatant act of racism to date, right up there with telling the squad to go back to their countries. Diversity training isn't anti-white propaganda. It's a program designed to teach people how to work together with people from different walks of life, reconcile differences, etc.

I mean, I get it, there is racism against whites. I'm not denying that. But, in light of our past, and in light of our actions today, even. .... We gotta have a few good years where we turn the other cheek. I mean, that's the Christian thing to do, right? Isn't the majority of Trump supporters Christian?
reply
DoctorStrangelove
1 up, 2w,
1 reply
Oh, I've worded myself quite carefully.

The discrimination others feel is quite real, and I'm not denying there are other advantages. But these advantages are social in nature, not biological. It is unfortunate that people use skin color to assume there are biological advantages. And perhaps, statistically, there are some advantages, and disadvantages, but skin color alone is a poor evaluation of this.

As I said, people who've overcome a real burden of racial stigmatism deserve their pride because they survived despite what those might perceive wrongfully as disadvantages.

And while there are white people who are also feeling that burden, it pales in comparison to other people of color... if you'll forgive the pun.

I would call the people who claim to be Christian and ignore the suffering of others to be not good Christians. And that is putting it mildly. People can change. The very existence of Christianity is proof of that. Yet, they would rather roll in the rut of racial purity which has no basis in the religions for which these people mindlessly cling.

Faith is not mindless obedience. It's patience and understanding. Or, it should be.
reply
Cerebrophage
2 ups, 2w
Yes, sometimes it's hard to understand what you're saying as you choose your words too carefully. That's for clearing this up. I always enjoy seeing your posts. I had to go look up the original film shot to see what that image of Dr. Strangelove represents. Honestly? I liked my initial perception of him better. Mr. Cool guy condescendingly smiling at you as he cooly smokes a cigarette as he's clearly miles ahead of you in intelligence and well.. cool.

He was much different in the movie xD
reply
Zaklog
1 up, 2m,
1 reply
Yes. Why shouldn’t we be?
reply
Cerebrophage
3 ups, 2m,
2 replies
You should probably take a test for implicit racism.

It doesn't mean you're a bad person, it just means that you need to check your biases.
reply
Skullford
1 up, 2m
Keep your reeducation camp. "Only whites have to check their biases because they are evil".

Check your own.
reply
Zaklog
0 ups, 2m,
1 reply
You should probably take a test for being vicious, anti-white filth.

I notice, filth, that you failed to answer my question.
reply
Cerebrophage
3 ups, 1m,
2 replies
Wow, that was a pretty knee-jerk response laced with some serious vitriol. All I was doing was making a suggestion and you had to get hostile. Someone's mad...

Being proud of a color is an exclusionary statement. With exception, to black pride. The reason being is that their entire race has overcome the greatest challenge in history, where they were excluded universally by all whites for their skin color alone. It didn't matter where they came from, their backgrounds, it was just their skin color. Of course, I'm not an expert in the matters of social justice (that phrase is not inherently bad in itself.)
reply
Zaklog
0 ups, 1m,
1 reply
F—k your accusation of “racism” and f—k you. All “racism” actually means fat this point is “Find this person and destroy his life. Get him fired. Separate him from his family. Main or kill him if you can get away with it.”

And you wonder why I hate you.
reply
Cerebrophage
1 up, 1m
Being proud of your ancestry. Taking pride in confederates and what they endorsed? Racist.
Show More Comments
Flip Settings
memes
gifs
other

Caption this Meme
Created with the Imgflip Meme Generator
IMAGE DESCRIPTION:
ANYONE IN HERE PROUD TO BE WHITE?
hotkeys: D = random, W = upvote, S = downvote, A = back
Feedback
<![endif]-->