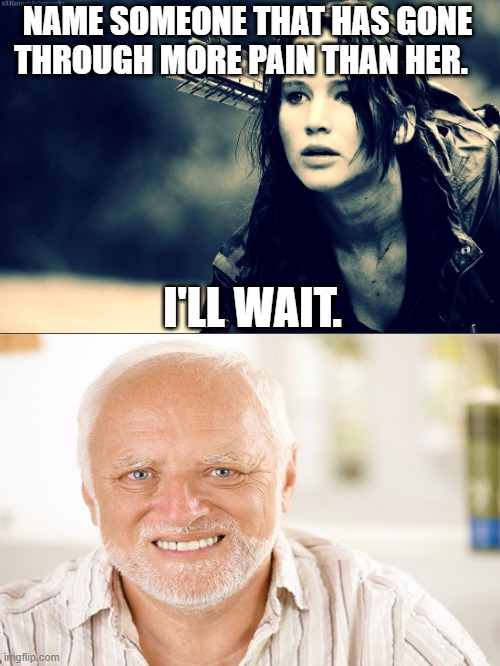 Roman scourging and crucifixion are among the most painful things a human can experience.
Jesus of Nazareth is the most famous person to be crucified, but there were countless others who suffered the same fate.
reply
Frush91_novai
8 ups, 1w reply
PRESIDENT_ELECT_7.ups
6 ups, 1w,
1 reply
Amen
But his most excruciating pain was in the Garden of Eden when he took upon himself all the sins of the world. So painful that it caused him to bleed from his pours.
reply
JaiploSueisnuaX
6 ups, 1w,
1 reply
Do you mean the Garden of Gethsemane?
reply
PRESIDENT_ELECT_7.ups
4 ups, 1w
Oops yeah, the other garden 🙄
reply
Memedave
5 ups, 1w,
3 replies
Amen. I believe he suffered more than any person ever. In addition to the crucifixion, he was scourged with 39 lashes, (The maximum amount was 40, because some people would die past that), had a crown of thorns shoved onto his head, and marched through the street carrying his cross to the point of exhaustion. Add to that the public shame and humiliation he received, getting shouted at and spit on. But some say the ultimate pain was when the Father turned from him and Jesus took the full of mankind's sin upon himself.
reply
JaiploSueisnuaX
5 ups, 1w,
2 replies
Well said. Although, giving 39 lashes was a Jewish rule. The Romans may have given their prisoners even more, depending on each prisoner's endurance.
reply
Memedave
4 ups, 1w
Interesting. I didnt know that. Either way, I imagine there is not much skin left on the back after 39 lashes anyway. Thanks for the factual nugget! 😃👍
reply
Memedave
2 ups, 7d,
2 replies
Ironically, or serendipitously, I just recently saw this :
YOU HAVE TO READ IT ...
For the next 60 seconds, put aside whatever you are doing and take advantage of this opportunity.
Don't let Satan stop you.
At the age of 33, Jesus was sentenced to death.
At the time of The Crucifixion, it was the "worst" death.
Only the worst criminals were sentenced to be crucified. However, it was even more terrible for Jesus, unlike other criminals sentenced to death by crucifixion, Jesus would be nailed on the Cross by his hands and feet.
Each nail: Was 6 to 8 inches long.
The nails were hammered into his wrist,
Not on his palms as is commonly depicted.
There is a tendon in the wrist that extends to the shoulder. Roman guards knew that, when the nails were being inserted into the wrist, the tendon would tear and break, forcing Jesus to use his ribs for support, so he could breathe.
His two feet, they were inserted together, that's how he was forced to lean on the only nail that tied his feet to the cross.
Jesus could not support himself with his legs because of the pain.
So he was forced to alternate arching his back.
He wore out his legs just to continue breathing. Imagine the struggle, the pain, the suffering, the courage that endured it.
Jesus endured that reality for more than 3 hours.
Yes, more than 3 hours!
Can you imagine this kind of Suffering?
A few minutes before he died, Jesus stopped bleeding, water just flowed from his wounds.
From common images we see wounds on his hands and feet and even the spear wound at his side ...
But we find out that his wounds were actually made all over his body by a mallet driving large nails through the wrist, the feet overlapping and an even large nail hammered through the arches, then a Roman guard piercing his side with a spear. But before the nails and the spear, Jesus was whipped and because the lashes were so severe they tore flesh off his body.
The beating so horrible he received on his face that it was ripped off and his beard ripped from his face.
The crown of thorns embedded deep into his scalp.
Most men would not have survived this torture.
He had no more blood to bleed, only the water gushed out if their wounds.
The adult human body contains about 4.5 liters (a little over a gallon) of blood.
Jesus shed all 4.5 liters of his blood; had three nails inserted into His members; a crown of thorns on his head and, in addition, a Roman soldier buried a spear in his chest.
All this not to mention the humiliation he suffe
reply
Memedave
2 ups, 7d
Or for the whole article:

https://m.facebook.com/story.php?story_fbid=3949310448431470&id=100000576619562
reply
Vincent007_super
2 ups, 6d
This is why god let us, LITERELY
reply
MeMe_DrEaM_TeAm
2 ups, 1w,
1 reply
he is not real
reply
Notbad
3 ups, 7d,
2 replies
Your comment is pseudohistorical nonsense.
reply
MeMe_DrEaM_TeAm
1 up, 6d,
1 reply
believe what you want
reply
Notbad
1 up, 6d,
1 reply
Not what I'm doing.
reply
MeMe_DrEaM_TeAm
0 ups, 5d
ok
reply
Firestar9990
0 ups, 7d,
1 reply
how
reply
Notbad
0 ups, 6d,
1 reply
Because it files in the face of all the historical evidence.
reply
Firestar9990
0 ups, 6d
wait sorry i just saw what comment you replied t\
reply
Sid_noidea
1 up, 6d,
1 reply
Ummm, you may be true, but there is a lot of exaggeration on the matter of Jesus' crucifixion. Because, when someone was crucified, there were not made to move, for their legs would be bent and nailed to the cross, not giving them a chance to move even a bit. Moreover, Tiberius didn't care about what was going on in Judea. They (the mainstream Romans) saw Judea just as a backward province with illiterate people. Of course, they did not possess the mind to look through how great a man Jesus was, so they considered him a common rebel trying to disrupt peace. Also, it is very wrong to believe that the Jews crucified Jesus. They did not. ROMANS CRUCIFIED JESUS. Specifically, the Roman Emperor Tiberius adopted son and heir of Augustus.
reply
Memedave
0 ups, 6d,
1 reply
The jews were the ones who pushed the Romans to crucify Jesus though. Pilate didn't want to do it, and even offered them an alternative. But they cried out for crucifixion instead. Pilate, fearing an uprising, and the wrath of his Roman superiors, gave in.
reply
Sid_noidea
1 up, 6d,
1 reply
You are correct. But we shouldn't blame the Jewish community as a whole for Jesus' crucifixion. If we should, then we should blame the religious leaders who headed the Synagogue. Jesus was initially thought to be a prophet out to create a new sect of Judaism, but when his teachings turned out to be pretty different from Jewish teachings, (for example, the Hebrew Bible states that if someone slaps you on the left cheek, raise your right fist and slap him on his left. On the other hand, we have Jesus' very famous line, which states that if someone slaps you on one cheek, give him the other also. This is just one example, there are several others) then, to keep this message short, they started hating him. About Pilate, even though he was a devout Jewish, he believed that his (Jesus') message was much less contradictory and reflected God's own attitude in a more suitable way. But we must always remember that it is due to Christianity, that in the Dark Ages, people questioned less, inquired less and analyzed less, in order to maintain 'faith' resulting in Exploitation by the corrupt medieval clergy in Europe. Jesus would certainly have shed tears if he had seen how 'holy' men exploited the common folk, but it led to some very dark stuff. And, I'm telling everything from a purely Historical context, without involving any religious thing.
reply
Memedave
0 ups, 6d
True.
reply
vewy_intwesting
3 ups, 1w
Indeed.
reply
Jemy-chan_izuocha
3 ups, 1w
amen
reply
VincentBrown1
3 ups, 1w
Amen bless u all
reply
ZoomPunch
2 ups, 1w,
1 reply
I did not expect to see this on imgflip
reply
anime_trooper69
1 up, 5d,
1 reply
i dont know how there was a giant discussion about jesus on a hunger games meme
reply
Sadie_Idk
1 up, 3d
When i was the first person to comment, People went crazy and they're taking this way too seriously.
reply
KIMBERLYROMERO2
1 up, 3d
Amen 🙏
reply
F1ZZYPIX3L
1 up, 6d
moment of silence for jesus.
reply
Kane88
0 ups, 3d
reply
Funny-Valentine
5 ups, 1w
reply
bIg_ChUnGu5
5 ups, 1w,
6 replies
r u sure about that?
reply
LOL_mederps
1 up, 1w
oh man..... that was brutal
reply
Charlotte_exotic_butter
1 up, 1w,
1 reply
omg its willam afton/purple guy/ (fan made name next) vicont , or as i call him : MURDERING GRAPE
reply
bIg_ChUnGu5
1 up, 1w,
1 reply
ah yes, the murdering grape...
reply
TheTalkativeOne
0 ups, 7d,
1 reply
Murdering grape, the perfect name
reply
bIg_ChUnGu5
0 ups, 7d
yes
reply
vewy_intwesting
1 up, 1w,
1 reply
It's 8-bit Skinny Thanos
reply
bIg_ChUnGu5
1 up, 1w
yes
reply
Vincent007_super
1 up, 7d,
1 reply
"LET ME OUT! LET ME OUT! MICHEAL, MICHEAL! MICHE-"