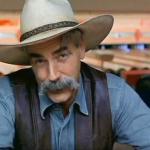 Sure, if they start murdering people.
reply
SPatoine
1 up, 5m,
3 replies
They have murdered doctors. This is the same situation. By all accounts, he broke up a peaceful protest and met it with flashbang grenades, teargas and pepper spray.

In what world do you not see the significance of this dictatorship and what has happened to our country? The right to peaceably assemble, was removed from the American people. In your eyes it's all good as long as it doesn't affect you. By the time it does, it will be too late for you to do anything about it.
reply
jplowry777
1 up, 5m,
1 reply
Rioting is "peacefully assemble". But I understand your confusion, you're a moron.
reply
SPatoine
1 up, 5m,
1 reply
You're an idiot.

It was a peaceful demonstration. Virtually everyone says so. Even the clergy of the church was teargassed. But, here you are, defending the indefensible. You are unAmerican. Do you even live in America? Dictatorship is now quelling violent riots where people are getting murdered? Okay.

Reminder. You guys bitched about ACTUAL peaceful protests over lockdown and cried it would spread Covid. On that minor scale.
reply
SPatoine
1 up, 5m,
1 reply
You're an idiot too. Just proved it. To defend the indefensible shows just how far your nose is stuck up our little dictators ass.
reply
SydneyB
0 ups, 5m,
1 reply
Says the f**ktard who calls for teargassing and pepperspraying other peaceful protesters.
reply
SPatoine
1 up, 5m
Idiot, that was in response to Trump teargassing and pepper spraying peaceful protesters.

I also notice you haven't admitted you were wrong in your claim that "Russia hacked and stole the DNC emails. "

Why is that?
reply
SPatoine
1 up, 5m,
10 replies
Look, I don't know if you're a Russian or if the Russians are paying you but whatever the case, you are not an American in any sense of the word.

You and your story have lost all credibility. Maybe you're Ted Cruz for all I know.
reply
jplowry777
0 ups, 4m,
1 reply
False, they never examined the server.
SPatoine
1 up, 4m
Gawd you are an idiot.

They mirror imaged the server and examined the mirror image. It's the same f**king thing.
The Russians laugh their asses off at you. You work for them and they don't even need to pay you.
reply
jplowry777
0 ups, 5m,
1 reply
"Bullshit lies"...surely ye jest.

There is congressional testimony, are you saying there isn't congressional testimony from the CEO of Crowdstrike that shows Adam Schiff lied for three years regarding Russia hacking and stealing DNC emails?
SPatoine
1 up, 5m
You're down in the weeds and the world knows why. Russia stole information from the DNC and slowly trickled that information out during an election cycle to the greatest possible effect. That is true.

Wikileaks is an arm of the Russian government. That is true. Trump, "I love wikileaks" statement is also true. What Schiff said or didn't say makes no difference.

Wikileaks caused a new round of investigations one month from election day. Wikileaks released damning information about the DNC, proving the corruption of the organization, that Hillary was given debate questions ahead of time, that Bernie had no chance due to the Clinton money train in the DNC. There can be no doubt this had an effect on the election.

NONE of those truths discount:
1. The 2016 American election was manipulated by outside forces.
2. The right condones the influence from outside sources as long as it helps them, (You included)
3. The vast majority of people on the streets, even at night are innocent protesters
4. Virtually everyone in Lafayette Park, was playing by the rules and following the law when they were teargassed, fired upon with rubber bullets, pushed and shoved out the way so that the President could have a photo prop taken with a bible.
5. You condone the loss of Constitutional norms and the teargassing of civilians on American streets, as long as it helps your side
6. Skinheads, neo-nazi's, white supremacists are all participating in making the legitimate protests look bad, but none are mentioned.

7. Direct quote from retired General Jim Mattis.
"Instructions given by the military departments to our troops before the Normandy invasion reminded soldiers that "The Nazi slogan for destroying us ... was 'Divide and Conquer.' Our American answer is 'In Union there is Strength.'" We must summon that unity to surmount this crisis — confident that we are better than our politics.

Donald Trump is the first president in my lifetime who does not try to unite the American people — does not even pretend to try. Instead he tries to divide us."

You, jplowry777 subscribe to that same Nazi mindset. You condone the division of our nation, the destruction of America, through your support of division solely for political gain.
reply
jplowry777
0 ups, 4m,
1 reply
CrowdStrike, the private cyber-security firm that first accused Russia of hacking Democratic Party emails and served as a critical source for U.S. intelligence officials in the years-long Trump-Russia probe, acknowledged to Congress more than two years ago that it had no concrete evidence that Russian hackers stole emails from the Democratic National Committee’s server.

https://www.realclearinvestigations.com/articles/2020/05/13/hidden_over_2_years_dem_cyber-firms_sworn_testimony_it_had_no_proof_of_russian_hack_of_dnc_123596.html
SPatoine
1 up, 4m
"I don't care if virtually all American intelligence points to Russia as the main source of election interference, I don't care that Meuller did not exonerate our President but simply said, there wasn't enough evidence to convict him of conspiring with Russia. The brother-in-law of the head of Crowdstrike says that his wife's friend told him, Crowdstrike has no evidence and that's good enough for me."

I just love how you couldn't even counter a single point I made in my last post. You are a pathetic follower, unable to open your eyes to how close we are to losing our democracy due to people like you condoning and enabling a President that is out of control.
reply
jplowry777
0 ups, 5m,
1 reply
Look, I don't know if you are really Adam Schiff or if Adam Schiff is paying you, but it's beyond un-american to spread lies that the duly elected president is a foreign plant and colluded to steal the election with Russia, then when all the facts come out, you still can't admit you were wrong.
SPatoine
1 up, 5m
I'm a normal thinking human being. No amount of your bullshit lies or third hand information changes the outcome of multiple investigations and the reality that Russia played a role in the 2016 election. Again, you've lost all credibility. To support the teargassing of a peaceful protest, using flashbang grenades, pushing, shoving unarmed citizens for a presidential photo op, cannot be defended by any normal thinking American or human being.
reply
jplowry777
0 ups, 4m
Spatoine: US Government intelligence determined Russia hacked the DNC.

Then I posted an article from CNN which shows the FBI never inspected their server because the DNC never turned them over.

Then you posted a Politifact article about the CIA.

You are an idiot. The CNN article clearly doesn't anything about the CIA, it plainly is talking about the FBI.

You are simply trying to muddy the waters, but you are too stupid to do effectively.

CONGRESSIONAL TESTIMONY: There is no evidence that Russia hacked the DNC.

CNN: The FBI (the agency responsible for domestic issues) never examined the server because the DNC wouldn't turn it over.

Spatoine: the CIA isn't allowed to handle domestic issues. So they never would have asked for it.

LOL...the idiocy of a liberal desperately trying to hold onto her Russia lies.
reply
jplowry777
0 ups, 4m,
1 reply
"They mirror imaged the server and examined the mirror image. It's the same f**king thing.
The Russians laugh their asses off at you. You work for them and they don't even need to pay you."

WHAT CROWDSTRIKE EXAMINED WAS THE MIRROR. THE DNC NEVER TURNED OVER ANY THING TO ANY FEDERAL AGENCY.

The Democratic National Committee "rebuffed" a request from the FBI to examine its computer services after it was allegedly hacked by Russia during the 2016 election, a senior law enforcement official told CNN Thursday.

The FBI instead relied on the assessment from a third-party security company called CrowdStrIke.

Now, its over. You are uninformed. You are an idiot. You have been wrong for THREE YEARS AND YOU STILL CANNOT ADMIT IT.
SPatoine
1 up, 4m
You literally just cut and pasted what I wrote, said I was wrong, then in caps, STATE THE TRUTH IS EXACTLY WHAT I WROTE!!!!

Politifact:
"The CIA has no role in domestic intelligence-gathering — in fact, it’s prohibited," Podesta wrote in his op-ed. "The CIA would never ask anyone at the DNC for a server.

"The DNC coordinated with the FBI and federal intelligence agencies and provided everything they requested, including copies of DNC servers," Watson said. She added that the copy contains the same information as the physical server."

Don't you have a Rona Rally to attend today?
reply
jplowry777
0 ups, 4m
For the slow folks

Mueller. Does. Not. Determine. Guilt. Or. Innocence.

He investigates, his "confidence" isn't relevant to establishing if a crime was committed.
reply
jplowry777
0 ups, 4m
Bahahha...stop, my sides hurt

"Again, Crowdstrike is 50 levels below the United States Intelligence apparatus which concluded it was the Russians."

The DNC never allowed the US Intelligence Agency known as the FBI to examine the server.

Hahahha
reply
jplowry777
0 ups, 4m,
1 reply
Mueller's job was never to exonerate the President. His job was to investigate, which he did for 2 years, and at the end he plainly stated there was no evidence of collusion.

Just like the CEO of Crowdstrike plainly stated there was no evidence that Russia hacked the DNC.

You are a sheep. Now you are simply distraught.
SPatoine
1 up, 4m
No shit Dick Tracy. I was refering to Muellers response when asked, "If we had had confidence that the president clearly did not commit a crime, we would have said so".

"The brother-in-law of the head of Crowdstrike says that his wife's friend told him, Crowdstrike has no evidence and that's good enough for me."

Yeah, that's exactly what I said. Except I quoted CONGRESSIONAL TESTIMONY FROM THEIR CEO.
SPatoine
1 up, 4m
Again, Crowdstrike is 50 levels below the United States Intelligence apparatus which concluded it was the Russians.

Again, Pro Tip Pathetic.
SPatoine
1 up, 4m
You need to get back into Trumps retweet's of Sputnik news. Get updated on your latest conspiracy theories straight from the Kremlin so you will be more informed.
reply
SydneyB
1 up, 5m
Yep, not a single one has issued a mea culpa. Probably really embarrassing to admit.
Show More Comments
Flip Settings
memes
gifs
other

Caption this Meme
Created with the Imgflip Meme Generator
IMAGE DESCRIPTION:
GUESS THE DEM'S KNOW WHAT TO DO THE NEXT TIME THEY HAVE THE WH; PLANNED PARENTHOOD PROTEST? TEARGAS AND PEPPER SPRAY THEIR ASSES
hotkeys: D = random, W = upvote, S = downvote, A = back
Feedback
<![endif]-->