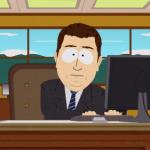 Caption this Meme
Add Meme
Add Image
Post Comment
Best first
Best first
Latest first
Oldest first
12 Comments
reply
[deleted]
3 ups, 1y
Should never have been passed... stupid lunacy of the left.
reply
WiseCracker
3 ups, 1y,
1 reply
You missed the step where it died in the Senate and never made it to the President's desk.
reply
MikeLorrey
1 up, 1y
Right, I made this meme before that, to mock the fools thinking this bill would matter at all.
reply
JeffreyRyan
2 ups, 1y,
1 reply
Why don't they use the regular law that only Congress can declare war? Oh that's right they haven't used that one in decades.
reply
MikeLorrey
2 ups, 1y,
1 reply
Because they already authorized use of force, which is, ta-dum, a declaration of war.
reply
CR01
1 up, 1y,
1 reply
That stuff should not be delegatable. Dummies for going along with that stuff under Dubya :-/
reply
MikeLorrey
0 ups, 1y,
1 reply
lol why wouldn't it be? President is commander in chief of the military forces. Thats how the Constitution works.
reply
CR01
0 ups, 1y,
1 reply
The Constitution allocates the powers. Only Congress - under the Constitution, not whatever the war frenzy du jour, "lefitst" or "rightist" - has the power to declare war.

The Constitution is smarter than 99.99% of the people who want to twist it to serve whatever their short-sighted, near-term agendas of the moment.
reply
MikeLorrey
0 ups, 1y,
1 reply
As previously stated, the congress declared war with their authorization of use of force in the war on terror. There is nothing in the constitution that says congress is who gives the orders to the military, in fact, it says the president is the commander in chief of the armed forces. Go back to school.
reply
CR01
0 ups, 1y,
1 reply
Got my Ivy degree in the subject, byotch.

The president (executive) then carries out Congress's directive.

I'd explain the Supreme Court's abnegation of duty on delegation of Constitution-assocated powers, or the bullshit murkiness of a "terror" boogeyman as proxy for a nation state, but honestly, you don't even know your basic Madison, Jefferson, and Adams -- let alone Washington.

Any weapon you hand the president of one party can be turned against you when the opposition party swears in next. There's a REASON they created checks and balances.

Take the word of one who knows much better than you. This is not a partisan thing. It's a defense of the US Constitution thing.

We have enough problems with the assault on the 2A to go adding more onto it with "unitary executive" bullshit.
reply
MikeLorrey
0 ups, 1y,
1 reply
Ivy eh? You mean sheepskin? Right, internet expert,value zero.
reply
CR01
0 ups, 1y
It's just the frosting. My man James up there did all the putting you in your place that was needed.

Since you didn't admit it fair and square, the zero value passes to you. Game over.
Show More Comments
Flip Settings
memes
gifs
other