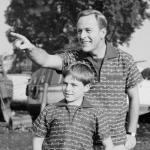 1. Increase the GDP above 3%
2. Repealing the Obamacare mandate
3. Cutting unemployment to 4% (or so) and creating over a million jobs
4. Prioritized businesses iwned by women for SBA loans
5. Opened up NAFTA for negotiation
6. Opened 77 million acres for oil and gas drilling
7. Called for a full audit of thePengagon and its spending
synthetic-Mantis
1 up, 3y,
2 replies
Checked
1. GDP percentage rising
2. They didn't repeal it; they made a few changes to it to make it more flexible. Something that he has done.
3. Isn't that the Local or State government's thing? How does the federal government create jobs?
4. Ok.. I'm not sure how that's progress.
5. Just looked that up. Trump thinks there is not enough cars in the U.S., and I'm having a good time laughing at that thought.
6. Just what we need: draining the earth for more nonrenewable resources. What's good about oil and gas that makes it better than clean air?
7. If that means taking out half the defense, then I'm outta here.

Any research that this will be good for the country?
PRESIDENTELECTmusicman88240
0 ups, 3y,
1 reply
1. Yes, and it will continue to rise, I think.

2. I used the wrong word. Tweaked is a more accurate description. Still better all around and hopefully a fix is in the works.
3. It's actually a process. When President Obama claimed to be creating jobs it was in reality nothing more than empty positions being filled. However, President Trump has done some big things to bring business back to us, so new jobs are actually being created.
5. Do you have a link? I would love to read that and if true, I would agree with you. Still, even if misguided it is never a bad idea to make sure that our country gets a good deal.
6. I do agree with you, but we can't just flip a switch and go green overnight. It would be nice but it isn't realistic. But it shohld be a process of using less and less fossil fuels while using more and more renewable resources.
7. I don't think that's what it is, or at least I hope not. It doesn't appear to be just yet. I think somebody finally wants to know why we pay $1000 for a hammer.

I'm constantly doing research. This is my current understanding, but it is subject to change.
synthetic-Mantis
1 up, 3y
Here's the link for No. 3
https://www.reuters.com/article/us-autos-trump/trump-urges-automakers-to-build-more-vehicles-in-us-blasts-nafta-idUSKBN1IC0ZB
Lamemememaker
0 ups, 3y
On point number 6, you realize that one the best factors for indicating poverty is with electricity, and the cheapest way to do that is with coal and oil right? This lets developing nations and poorer parts of america gain the electricity needed to progress.
SukaMadik
1 up, 3y,
1 reply
synthetic-Mantis
3 ups, 3y,
1 reply
Trump seems to be wanting peace with Kim Jong Un rather than war, I will admit.
SukaMadik
1 up, 3y
incinorordude
3 ups, 3y,
2 replies
thank u we need Obama back baaaaadly
PRESIDENTELECTmusicman88240
3 ups, 3y,
1 reply
synthetic-Mantis
1 up, 3y,
1 reply
Conservatives vouch for free speech, yet the person who said we need Obama back gets downvoted into censorship. Isn't that nice?
PRESIDENTELECTmusicman88240
0 ups, 3y,
2 replies
Oh, like progressives believe in free speech? I believe in this person's right to have an opinion, but that doesn't mean that I have to look at it on my feed.
synthetic-Mantis
1 up, 3y
I never said you did. I just wanted to make everyone aware about how this person made no offensive comment, but got downvoted anyway.
SukaMadik
1 up, 3y
SukaMadik
2 ups, 3y
Show More Comments
Flip Settings