In Case You're Wondering Where Spring Is, It's In Texas And It's 80 Degrees There Today 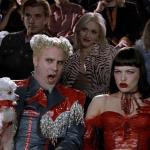 Caption this Meme
Best first
Latest first
Oldest first
18 Comments
Jying
2 ups, 3y,
1 reply
We had one day of like 85 degrees, then the cold front came through and knocked it back to the 30/40 range where it has been ever since. I've got a 6 year old that has been stuck inside far too often this winter, even on nice days where I can take him fishing or just for a walk in the woods he is hyper just like his dad. This has become almost an experiment in slow torture for both of us. I homeschool him so we are nearly constantly together anyway since his mom hasn't been heard from in over 7 months now. Thankfully I have internet and can at least talk to adults online or I'd prolly be in a padded room by now lol.
Brandy_Jackson
2 ups, 3y,
1 reply
We had high winds with icy sleet pellets before it turned into snow. Lost a couple shingles on a brand new roof. And the satellite dish was blown from it's position so there went the cable TV. Thank goodness the internet cables are buried. I homeschooled my older son for two years. It wasn't easy so kudos to you. Although I was dealing with a squirrelly boy with ADD. :)
Jying
2 ups, 3y,
1 reply
Dang our storm was disappointing, I saw tornado chasers in town that day but nothing kicked off around me. I've found the key to teaching is to stop when they get bored even if it's after just 10 minutes. When you force anybody to do something they resent it and want to rebel against it, just human nature really. If you keep it fun with a lot of positive reinforcement you might luck out and end up with a kid who loves to learn like my daughter. My son is opposite her in most ways, she was such a shy quite little thing. My son is usually the loud center of attention that can't sit still. Sometimes I wish he was the one I had really young lol!
Brandy_Jackson
2 ups, 3y,
1 reply
Yeah, I taught in short sessions with breaks. I had decided to homeschool him because each night after school I was re-teaching him everything he needed to know just to be able to do his homework. And I realized how much he was struggling just to keep up. After 2 years he was itching to be with other kids. So he went back to the public school.
Jying
2 ups, 3y,
1 reply
They have a lot of homeschool activities here, he's only 6 and I plan to have him in martial arts soon. I was in something called independent studies in California and I thrived. In elementary school I was in all advanced classes because it was a small nice environment to learn in for me. Then I hit jr high and was in the first class ever over 2000 kids, the school was pretty big, lots of gang activity, I was unprepared and only the fact that my dad coached a lot of the new gangbangers in soccer when we were little saved my ass lol. My grades fell, my behaviour was horrible, I started smoking weed. Independent studies saved me, one hour a week for tests and getting next weeks work and you were free. I was working at 14 and driving a 65 mustang that I'd paid off at 16.

It wasn't until I moved to the midwest where the programs don't exist like that I had trouble again. I'd been working construction for cash most of my days and they stuck me back in a classroom in a tiny midwestern town. Only jobs they had around was bucking hay for hardly any money and I actually kicked rocks into piles once for a farmer and chased down his golfballs for 5 bucks an hour lmao!

I had such a bad experience with the schools here, they literally accused me of starting a skin head gang fight when I had a broken leg and not racist like most people around here.! My daughter liked it until second grade, she is an old soul and I never talked to her like a kid. I think I should have more honestly but she liked adults more than kids. She asked to be homeschooled at that age so I had to do it with my history. She was easy though I just had to buy the books, I only take credit for things like her grammar and vocabulary, I taught her how to read and she has been teaching herself ever since. Hers was one of the only papers not flunked for poor grammar in her art history college class, she's 17, finally around people old enough to start matching her maturity.

Thing is kids are different, they don't all learn the same way and they want to learn about some things more than others and so on.. The school system is all about making them be the same and learn the same things. That puts some at a disadvantage, there aren't a lot of other options.
Brandy_Jackson
2 ups, 3y,
1 reply Sorry you had to go through that. Your kids are very lucky.
Jying
1 up, 3y,
1 reply
All parents who love and pay attention to their kids are just as good as me. We all have area's we excel in and those we don't. I broke my neck and am not able to do physical things with my son as much as I want to. Doesn't make me worse than a father who can do those things, it simply makes me different from them.

People focus too much on a persons faults and not enough on what they can contribute if everybody lets them be. My favorite thing Yoda says is do or do not there is no try. You just got to do it and if you fail or make a mistake you pick your ass up and learn from it. I wasted years of my life managing a grocery store when all along my skill as a writer was enough to pay the bills. I didn't believe I was good enough to make money doing it even though I love it. It wasn't until that pallet of Halloween candy fell on me and I couldn't work that I just did it and I didn't fail completely.

I've had setbacks like we all do with our jobs. I'm far from perfect, I apply to jobs online just to see if I get them and fail to all the time. Recently I tried to get a job writing catchy stuff on click bait adds to draw attention to them lol. An hour ago I received the best email from them. They told me they didn't think I took their product seriously enough to write for them hahaha! I guess I shouldn't have asked if the job came with a name tag that said "Master-Baiter" I'm joking I didn't say that lol.

I just found it extremely hard not to be sarcastic with what I was writing about. They asked me to write something about Trump that would make people want to click on the link to some online news site I'd never heard of, I'll try to remember how I worded I wrote. " Trump's blames reddit trolls for his website being removed due to excessive use of the N word" I also wrote "Trump tweets an executive order banning fake news on social media"

Are they laugh worthy, I think so. Will I be making $1000 an add... nope ;)
I just have to find something new to fail at tomorrow :)
DashHopes
1 up, 3y,
1 reply
Jying
1 up, 3y,
2 replies
Thanks bro, one of the few who like reading my lengthy ass replies lol!
DashHopes
1 up, 3y,
1 reply
It was a good read between you two :)
Jying
1 up, 3y
I've been stuck in writer mode for a while now. Exhausted from it right now I've been up all night doing it. Starting a new story is very time consuming, it grabs a hold of me sometimes and won't let go. Over 40 pages in the past week and I haven't even tried to space anything correctly or add all the proper punctuations yet lol. I can't worry about that stuff at first I have to get the story out as fast as possible for some reason.

Time for a nap bro ;) have a good one!
DashHopes
1 up, 3y,
1 reply
Found this template and think it has potential lol.

Sleep good bud and refresh!
Jying
1 up, 3y
Of course I like it just be careful, you don't want that Andrew guy to start saving all your comments now do ya lmao! Wait, what if he already has, f**k he could be saving this one right now as I write it to you nooooooooooooo!

I've been so focused on writing I haven't even thought of making a meme in a while. Then yesterday I drove by this field down the street from my house. People out here have huge commercial sized mowers for their fields they kinda have to if they want to finish mowing before the grass where they started is long enough to mow again lol.

Anyway this huge mower had apparently exploded, no, not apparently the friggin thing definitely exploded! I've got to try and get back over there today and take a pic of it, it's calling out to me to meme it. I'll shoot ya a copy if I get it done before they haul it away ;)
nottaBot
1 up, 3y,
1 reply
We had SNOW again today!

I'll take anything SOUTH of the Mason-Dixon Line.