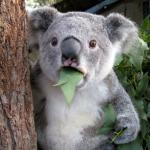 there are hints that lilo is under the surveilance by fbi, and at one point of the movie you will see that she has the necronomicon lying on the floor, making her a cultist, and she helps the devil/stitch.

So satan is this koala like being with magical powers, cast down from heaven, and koala's have similarities to the alien greys.

Why does filmcompanies keep on having these illuminati-hints inside them?

Take a recent filmposter like "zootopia"
* In the poster there is a small empty spot with three mice (Illuminati)
* above the mice is... a koala. (the devil)
* behind the koala is a pig. (capitalism)

practically every hollywood movie has some sort of illuminati refference somewhere in it, why is that?

Can you figure out why the clues are there?
(I figured it out myself after seeing so many overwhelming examples that it simply was impossible that it's all just being a coincidence)

DashHopes
7 ups, 4y,
1 reply
wickeddarkman
6 ups, 4y,
2 replies
It is actually just a bit fun.
I REALLY know to much, you see I recently made a discovery by messing with my own language, and it turns out that all prefixes (a Word that's put in front of another Word to alter it's meaning) in Danish have a meaning except for one, and I've discovered the meaning of that prefix, and this Little bit of language is capeable of infusing Danish mentality with a lot of nationalism, which makes it very dangerous, and so I'm working to write a book on it which will probably become political dynamite. Anyways it's a long story and may even involve Shakespeare :)
DashHopes
8 ups, 4y
Interesting!
wickeddarkman
2 ups, 4y
I'll write the Whole concept below a meme within a month's time.
I could "ping" you when it's done...
Me13
7 ups, 4y
I'm clueless lol
SpiritualFox
5 ups, 4y,
2 replies
The devil is generally symbolized by a goat. In tarot, it's major arcana number is 15, most likely because Christianity thinks women are evil (for various reasons), and the old testament specifically states that a woman is worth 15 gold pieces. As for the 666, i suspect it's because .666 = 2/3, and the roman catholic church insists that the trinity is 1 or 3, or 33... Which was Jesus's age at death in the biblical record (i think).

I suspect hollywood deliberately uses jesusy iconography and numbers because it resonates with the world's 2 billion or so bible thumpers, even if most of it is subconcious.

"Illuminati stuff" (archaic plagiarism) generally only works if you figure it out yourself.

The antelope comparison was decent i guess. Reminds me of MGTOW and how spending money zeems to attract women more than having money.

Helpful hint... The 666 connection is poison because the people going down that search path are generally hopeless degenerates.

Caption this Meme
Created with the Imgflip Meme Generator
IMAGE DESCRIPTION:
WHAT DO YOU MEAN I'M NOT A BEAR? DON'T I MEET ALL THE KOALIFICATIONS?
hotkeys: D = random, W = upvote, S = downvote, A = back
Feedback
<![endif]-->