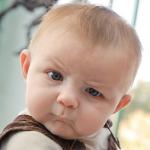 Christian side hug? Better use my right wing.
reply
synthetic-Mantis
1 up, 4y,
1 reply
A woman's body consists of multitudes of cells. An unborn fetus consists of very little cells.
Both may be bodies, but one of the bodies has conception and the ability to anticipate disaster, while the other merely feeds off of its host.
reply
dobbys_boggart
0 ups, 4y,
1 reply
Of course a newly created life form feeds off a host. It hasn't grown enough yet to fend for itself! While we're at it, why don't we just classify one-year-old babies as "freeloaders" and "unnecessary burdens"? Also, who are we to decide when the spirit has entered the body?
reply
synthetic-Mantis
1 up, 4y,
1 reply
I never used the words "freeloaders" or "unnecessary burdens". Still, I will admit life has to start somewhere. However, life has no right to be an intrusion. For example, if one who could give birth was raped, then there is a solid reason for abortion not to be outlawed. I know there are selfish reasons for abortion, but there are several important reasons that the "land of the free" shouldn't have abortion laws.
reply
dobbys_boggart
0 ups, 4y
I think the law should be that an abortion doctor needs a police report of the rape or incest before he can perform the procedure. Or a note from other doctors confirming the life-threatening condition of the pregnancy, or that the child won't survive birth anyway. Without those things, the doctor and mother should be charged with nothing less than premeditated infanticide.
reply
BlindSpot
1 up, 4y,
2 replies
My friend, if you come unasked and just pushing in, you have to be aware that you might be pushed out again. You are a foreign sole whom you mom might graciously give the opportunity to come to this planet (and she is still risking her life for that!), but you have no guaranteed right to put her body into risk just because you urgently want to come here!
reply
SpiritualFox
0 ups, 4y
Want me to use a harry potter meme?

I could blast this ghost, but it would just get bigger, you d'oh.
reply
dobbys_boggart
0 ups, 4y
Dude, I'm not talking about cases of rape or the pregnancy threatening the mom's life. Most abortions simply pursue a woman's convenience at the expense of someone else's right to live. "Come unasked"? When the woman engaged in irresponsible sex, she asked for it. She doesn't get to back out now. That child is counting on her to give it its one chance at physical mortal life.
Show More Comments
Flip Settings
memes
gifs
other

Caption this Meme
Created with the Imgflip Meme Generator
IMAGE DESCRIPTION:
Yes, a woman can do what she wants to her body. That still doesn't explain why Mom could have destroyed MY body.
hotkeys: D = random, W = upvote, S = downvote, A = back
Feedback
<![endif]-->