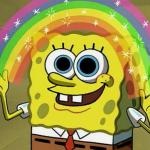 reply
[deleted]
1 up, 5y
To be honest, I never understood what a gun free zone meant anyway.
reply
TinyBoxTim69
0 ups, 5y
Gun free zone? Use a knife!
reply
dennis.premoli
2 ups, 5y,
1 reply
What the hell are you saying? Do you realise how many people have died because of accidents involving guns or giving guns to unstable people?
reply
skunkdynamite
1 up, 5y,
1 reply
How many people have died from accidentally taking the wrong drug dose? The answer is education. Gun safety should fit right in with fire safety, drug abuse resistance etc. Instead we pretend it will never happen.
Gun culture is here to stay, so plan accordingly. Get safety training.
reply
ZuUzZzOoN
2 ups, 5y,
1 reply
Numbers are against you.

The locked and loaded ENTHUSIASTTTTs...

Often kill innocents.
reply
skunkdynamite
1 up, 5y,
1 reply
If your logic was true we'd all have been shot 3 times. There's millions of responsible gun owners in America. Using the micro percentage of people that commit these crimes to form a generalization about all gun owners is absurd. Is every black person a criminal? Is every homosexual a predator? Is every Republican an old rich white guy? Why is it okay to discriminate where you see fit?
reply
ZuUzZzOoN
1 up, 5y,
1 reply
"There's millions of responsible gun owners in America."
True.

But you know what is also true?

Every year in USA more than 10.000 innocent people die killed by guns.

50,60... So, you freedom of guns for everyone is payed with blood.
reply
skunkdynamite
0 ups, 5y,
2 replies
This is not France, or Europe... If you recall, those areas were besieged during ww2..
By stating that I should surrender my valued freedom to own a firearm you are falling right into the terrorist agenda. Spread fear, cause civil unrest, divide and conquer.

Stop being so afraid of my big scary gun...it's meant to protect my family. The average response time for the police in my neighborhood is 30 minutes plus. I'm not surrendering my last line of defense. The only thing that separates my wife and children from the outside world is a sliding glass door.
reply
ZuUzZzOoN
1 up, 5y,
1 reply
I see your point.

I just think too many people in USA can buy guns without enough background checks... And I think it's RIDICULOUS that the Senate keep defending this situation, with people investigated by FBI and persons with mental illness who are free to buy guns!

More regulation and controls aren't necessary a bad thing or a loss of freedom.

I
reply
skunkdynamite
1 up, 5y
I wouldn't ever object to background checks, the Orlando terrorist was on an Fbi watch list. Look at the data in that link I posted... They WANT these people on the streets to further the cause of gun control.
I have friends and family in law enforcement they'd rather see the good guys with guns than walk in on another home invasion murder /rape case.
Humans have been murdering each other since recorded history, I'm just trying to keep up with technology.
reply
ZuUzZzOoN
1 up, 5y
BTW I'm not afraid of guns, I OWN guns, but they are locked and I have NO BULLETS in my house.

This is my choice to defend my family.
reply
skunkdynamite
0 ups, 5y
You should also place blame on your beloved over grown government. There's so many laws they can't even enforce them... And then there's these lovely folks.
http://www.gunfacts.info/gun-control-myths/crime-and-guns/
Show More Comments
Flip Settings
memes
gifs
other