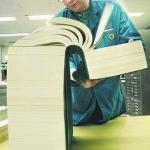 So how do you resolve it? My solution: use which ever bathroom facility makes the most number of people comfortable. If you own the bathroom, then you should enforce whatever rules makes the most number of people comfortable. If that happens to make a tiny subfraction of the population have a sad, so be it.
[deleted]
0 ups, 5y
Depends on individual's mentality. Some just don't give a damn about that and similar issues. It does not affect you, but it really bothers me. i can't change the way i look at it, or feel any other way about it. We're just different.
Show More Comments
Flip Settings