There's actually no need to upvote or anything. I just want to attempt to accomplish my goal 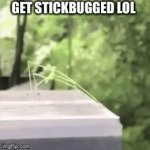 He’s comparing the scenarios and the defenses for them.

And saying “I attempted to” is just as stupid in both.
[deleted]
0 ups, 3m,
2 replies
not_a_simp
0 ups, 3m
wut
Mado2125
0 ups, 3m
My grandfather be like
Tangre
1 up, 3m,
2 replies
Oh that's right. I forgot this site is largely populated by 9 year olds who don't know what an allegory is.
.-Sauce_The_Slump_God-.
1 up, 3m,
2 replies
Nice. So first, you compare a meme to rape. Then you assume my age. It looks like you're the underage one on this site
TravisPettipiece
0 ups, 3m
Tangre
0 ups, 3m
It's clear you're never going to get it.
.-Sauce_The_Slump_God-.
0 ups, 3m,
1 reply
Ok. But still, I said I wanted to attempt to make the front page and apparently that's "begging" to you uncultured idiots
Tangre
0 ups, 3m
Because it is. Don't think upvote begging in a roundabout way makes you "cultured."
TheLargePig
1 up, 3m,
1 reply
And that attempt came in the form of an upvote begging meme.

Caption this Meme
Created from video with the Imgflip Animated GIF Maker
IMAGE DESCRIPTION:
MY GOAL IS TO STICKBUG THE FRONT PAGE
hotkeys: D = random, W = upvote, S = downvote, A = back
Feedback