will this get to the front page 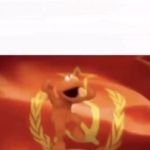 dinonuggies4ever
5 ups, 2y
So give me gum
TailsDoll
5 ups, 2y But you're right.
There are many different versions of the Bible.
Az_Noobz
0 ups, 2y
Replying to your unreplyable comet
I do see your point there about that. Also some other weird things like noah's ark in the turkish mountains and other things.
I do believe those things exist but I myself don't believe the book
SansYeeter
0 ups, 2y
I'm Greek Orthodox. It's almost the same but just small thing's are different.
SansYeeter
0 ups, 2y,
1 reply
Why are you talking like that about owe religion like that? Do I come to you're house and tell yo want you believe in is stupid and is fake? No, so why do you think you can do that to us?
Az_Noobz
0 ups, 2y,
1 reply
Look, idc about religion. I just don't get how you trust everything in a book that so far 99% of everything in it hasn't been proven
SansYeeter
0 ups, 2y,
1 reply
It does not have to be proven. We believe it because we want to. You can't put the Bible into science and you can't put science into the Bible. We believe because it's about Jesus. I have no problem if you don't like or care about religion, but please don't be one of those people who walk around and say "Your religion sucks and it's fake".
Gemini8project
0 ups, 2y
Well actually.

Caption this Meme
Created from video with the Imgflip Animated GIF Maker
IMAGE DESCRIPTION:
me: *takes out pack of gum* the whole class:
hotkeys: D = random, W = upvote, S = downvote, A = back
Feedback