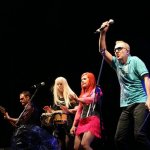 Unpopular Opinion Puffin in politics
sevenheart
0 ups, 10h
Oh my. This meme has undertones of trainsphobia and anti-trains slurs. A sqad of madderators will be taking away your privileges soon, so stop telling the truth NOW!
Untitled Image in politics
sevenheart
0 ups, 20h
Nice, nice, very nice!
The bourgeois complain about the system they set up in politics
sevenheart
0 ups, 21h
Good luck. History is very clear. The communists have publicly stated their goals and tactics for over 100 years. By your logic the murder of over 100 million people in the 20th century is no big deal when you look at the successes.
Starvation has been the tactic to induce submission for thousands of years. Your lack of understanding just what starvation is doesn't make it acceptable. We don't lack food because we can't produce it, it's Marxists denying the production and accessibility to it. Right now there are riots over government induced food shortages in over 100 countries where their own governments are beginning to starve the citizens. Propagandist news organizations are not reporting this on purpose.
Lenin said, "We must hate. Hatred is the basis of Communism." A logical person would ask, whom do they hate? Ask yourself why Mao murdered scientists, doctors, artists, intellectuals, educators- all who supported his glorious revolution during the purge of the Cultural Revolution? These were the people who thought they were going to help implement the hope and promise of Marxism.
Of course you can't understand so called right wing logic, you are fully indoctrinated. Lenin called people like you "useful idiots".
Your indoctrination is so complete that you only see and consent to the propoganda and doctrines of the party, no matter how far they deviate from reality.
The bourgeois complain about the system they set up in politics
sevenheart
0 ups, 1d
Bullshit. Get a clue, Marxists are the worlds greatest murderers and they murder the idiots who follow them first because the useful idiot is the greatest threat to their absolute power. You won't own or borrow shit because they can starve you to death faster than assholes like me. I know more about Marx and Marxists than you will ever imagine, primarily because I know a couple hundred people who escaped your little Marxist utopia, and I listened to what they had to say. They say Americans can't even begin to imagine the sheer terror of Marxism. You aren't an idiot, stop being one.
The bourgeois complain about the system they set up in politics
sevenheart
0 ups, 2d
Re-read your Marx, the bourgeois are people who own things. You will own nothing and be happy.
Feedback