First month on the internet kid 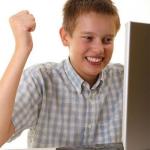 This site is about expressing yourself, and we shouldn't be so thin skinned.

Think of it this way, in an election, you either vote for someone you like or you vote against someone that you don't like, or you don't vote at all. That's what we had when we could see ups and downs. I could either upvote a meme, downvote a meme, or ignore it.

Now, I can only upvote it or ignore it. Yes, I can still comment, and I think that's why there are so many negative comments and flame wars now. If people could just downvote and move on they would.

I know some say that the downvote button still works, but you don't have the feedback of seeing how many there are.

Got lost. But downvotes did mess with the original meme posters chance to get front page or points it only affected score of votes. The people who voted get points awarded to their own score total not meme but profile points. So it was cofusing to some and an injustice that a low vote meme got front page status. It was ultimately Pointless war but the ashes still burn for some.
Show More Comments
Flip Settings
memes
gifs
other

Caption this Meme
Created with the Imgflip Meme Generator
IMAGE DESCRIPTION:
WOW! MY MEMES MUST BE AWESOME! I DIDN'T GET A SINGLE DOWNVOTE IN MONTHS!
hotkeys: D = random, W = upvote, S = downvote, A = back
Feedback
<![endif]-->