No I Can't Obama 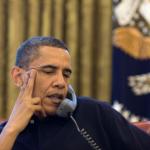 Regarding the comment of Invicta, I won't go into personal details because I find it to low and to pathetic to bring that up in an argument with a third person which has nothing to do with that. The fact that Invicta does it just shows the level of his frustration and the lack of his arguments for a fact. And the fact that he actually tries to ruin a conversation I have with a third person is as desperate as it gets.

And I don't need to say anything, he said it: 'Drogash is a muslim student living abroad... everything's America's fault', so, if I'd be a muslim, that would be enough of a reason for me to be wrong and for my attitudes to be completely implausible and malicious. A pure example of chauvinism, ignorance and a totalitarian mentality. Enough for anyone with enough intellectual capacity to understand what's it about.
Invicta103
0 ups, 7y
drogash is a muslim student living abroad,.. everything is America's fault. Been in comments with him before.
Show More Comments
Flip Settings

Caption this Meme
Created with the Imgflip Meme Generator
IMAGE DESCRIPTION:
I'M NOT DISARMING MY SECRET SERVICE TO PROVE GUNS ARE EVIL, YOU KIDDING ME? THERE'S CRAZIES AND THUGS OUT THERE WITH GUNS THAT WOULD KILL ME
hotkeys: D = random, W = upvote, S = downvote, A = back
Feedback