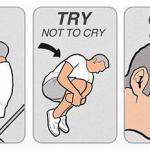 For a frame of reference -

#4 was almost as good, but not quite.

But maybe go in with your expectations as low as you can - just in case!
Evilmandoevil
0 ups, 6y,
1 reply
Lol,.ok! I love Vin Diesel,.I think he's cool!! I liked that movie (God, the name of it escapes me.for some reason) where he's on some planet.where it's hot as well, a post apocalyptic kind of thing,.you know what one I'm talking about? Maybe?
PraytheReyAway
0 ups, 6y,
1 reply
Pitch Black, Chronicles of Riddick
Evilmandoevil
0 ups, 6y
That's it!! I was beating my head on the table here just trying to remember the character'S name! The bruise on my forehead thanks you!! :)
PraytheReyAway
0 ups, 6y,
2 replies
It's cheesy, and no surprises in the plot, but... you genuinely care about the characters, the action scenes were (mostly) very entertaining and creative, and it's an overall very well-put-together big budget Hollywood film.
Evilmandoevil
0 ups, 6y
It might not be as big budget as some "Big Studio Blockbusters" but it's a cool franchise overall. I mean if there are "7" films in the series, they're doing something right, correct? Lol
Evilmandoevil
0 ups, 6y
I can't believe I'm #3 on the front page! I was just saying yesterday that I've been on it before but only for very, very short time! It's been there long than anytime before! Yea,.me!! :) I'm very humbled!
That_guy_who_wants_to_be_on_the_
0 ups, 6y
Did I just start the opposite of a flame war in the comments? o.o
Show More Comments
Flip Settings