That Would Be Great 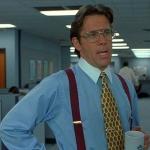 Caption this Meme
Created with the Imgflip Meme Generator
IMAGE DESCRIPTION:
IF YOU GUYS COULD ARGUE ON SOMEONE ELSE'S POST THAT'D BE GREAT
hotkeys: D = random, W = upvote, S = downvote, A = back
Feedback