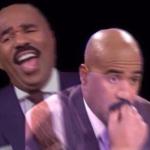 Lol, I would have forgot :-)
LetsGo_Elect_Brandon_JR
1 up, 2m,
1 reply
I did one just like that for MTVs birthday. Did a "tomorrow will be the day MTV first aired..." Two days before August 1st.
Ricky_out_loud
1 up, 2m,
1 reply
It’s hard to time a meme that is date specific.
I remember MTV showing several minutes of NASA footage, just to fill the time gaps between videos.
Ahh, the good old days :-)
LetsGo_Elect_Brandon_JR
1 up, 2m,
1 reply
Wait... Was that a reference to how they used astronauts to plant an MTV flag?
Ricky_out_loud
1 up, 2m
Now you know the truth! Lol :-)
I don’t really remember what the tie in was with NASA other than the flag.
I would see several minutes of video from different parts of the space mission, without any sound.
Maybe they didn’t have advertisers and filled the void with space footage. Another reason would be that maybe there wasn’t a lot of videos to run, but I’m not sure.
Show More Comments
Flip Settings