but they're not, and it's kinda sad 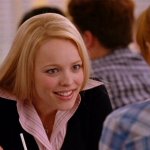 IGK3777
0 ups, 2m,
2 replies
I think I've received well over twenty vaccine shots over the course of my life, not counting flu shots.

Why is my refusal to get this one *for the next few months* such a tough pill for you to swallow?
Cerebrophage M
3 ups, 2m,
1 reply
I would say because it does not appear to be a well-informed decision, but one that stems from "I want to do it my way."

Here is the history of vaccines and their unintended side effects:
https://www.chop.edu/news/long-term-side-effects-covid-19-vaccine
And with these side effects that occurred? You're at better odds getting cancer twenty-two times from an X-Ray, first.

Of all the vaccines, nothing went out beyond 2 months for side effects.

Upon my reflection, and what I learned about how vaccines and the body works when I took clinical anatomy and physiology courses, I realized... For there to be long lasting side effects from a vaccine, there is no way in hell it would spontaneously mutate months, even years later. Cells aren't timebombs. Cells don't wait to evolve, they evolve as soon and as fast as they can.

Hell, the "vaccine" (inert virus) doesn't even stay in your body. The vaccine part is basically your body recognizing the DNA of the Coronavirus. It then attacks those cells that have that DNA sequence.

Now, if for instance, something like that were to happen. Anything that would result from it would have happened to people already in the forum of an autoimmune reaction where their body would literally destroy them as it saw the human body have the same DNA as COVID. This is a callback to "The vaccine will change your DNA." Which mind you, that statement is so intentionally ambiguous that most people who read that see this and take the alarmist approach and think there's some drastic change to their DNA.

The human genome contains billions of pieces of information and around 22,000 genes, but not all of it is, strictly speaking, human. Eight percent of our DNA consists of remnants of ancient viruses, and another 40 percent is made up of repetitive strings of genetic letters that is also thought to have a viral origin.

48% viral origin.
You think this new virus is going to change you dramatically? No.

Besides, the FDA and the CDC have approved this vaccine. And there is nothing wrong with the Emergency Approval. At this point, it's the same as the original approval.
IGK3777
0 ups, 2m,
1 reply
I'm...not concerned about it changing me. The "gene therapy" shriekers are morons.

I'm genuinely just waiting a little longer out of an abundance of caution and recognition that my odds of being seriously impacted by COVID are minimal.
Cerebrophage M
0 ups, 2m,
1 reply
Abundance of caution? What gives you pause?
IGK3777
0 ups, 2m,
1 reply
I read the chop.edu article. I'm aware the odds are very slim that a vaccine will cause long term effects...but with this specific vaccine we simply can't know yet. What then is the issue with me deferring just this specific vaccine for a while longer? Once we get to a year past its full release I'm getting it. I don't see why waiting until then is such a huge deal.
Cerebrophage M
0 ups, 2m
Because there's never been an instance where any vaccine in the history of medical science had such delayed effects. Given what we know about the body and how these things work, there is legitimately no reason to not get it. Anything that would have shown up would have done so. Youre very well researched and informed about your decision. This 12 month waiting period is frustratingly out of character for you.
whistlelock M
1 up, 2m,
2 replies
If you have a medical history or underlying health concerns, I get it.
If you have long-term concerns (which you laid out below), I can understand that. I don't think you need to, but I can be empathetic to your situation.

As long as you're isolating, wearing a mask when in public, and observing proper hygiene, this meme isn't referencing you.

Because you are still taking the safety of others into account.

Yes, my conservative friends still laugh at me because I'll put on a mask if an establishment wants it. But hey...it's a small sacrifice. Happy to do it.
PRESIDENTELECTmusicman88240
0 ups, 2m
I carry a gun daily, I’ve had the vaccine, and I flat refuse to mask up again. Right now I’m sitting in the presidential suite of a hotel in Washington DC, the Washington Monument is outside my window. There’s a sign downstairs telling me to mask up and guess what? I haven’t yet and don’t plan to because I met the requirements. I don’t need to do more.
Show More Comments
Flip Settings

Caption this Meme
Created with the Imgflip Meme Generator
IMAGE DESCRIPTION:
SO, LIKE, IF YOU CARRY A GUN TO "STOP A BAD GUY" BUT REFUSE TO WEAR A MASK OR GET A VACCINE; IT'S CLEAR YOU'RE NOT INTERESTED IN PROTECTING ANYONE BUT REALLY JUST WANT TO PRETEND YOU'RE A BADASS
hotkeys: D = random, W = upvote, S = downvote, A = back
Feedback