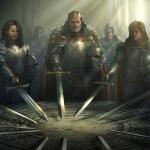 “It’s not real communism!” is an internet cliche. But strictly speaking, you’re correct. Matter of fact, most so-called Communist states have in fact been fascist states which blend in Marxism as party-line propaganda (without actually acting on it), and China is no exception.

Imma have to stop you when you try to claim China is “just like the U.S.”

There are a huge number of important differences.
IGK3777
3 ups, 1w better_call_sloth- M
3 ups, 1w
Thanks for pointing that out. We’re not innocent of that.
IGK3777
2 ups, 1w,
2 replies
It IS a Communist state in name; its ruling party is Communist and, as a one-party state, that makes the nation'a identity Communist.

Economically it's more capitalist, which makes sense; a powerful state should want a powerful economic engine.

It can't. It really is just the name they stick with as they cling to the illusion of state legitimacy. The Nationalist government that fled to and currently occupies Taiwan is the legitimate Chinese state. They were ousted by Chinese Communists and for too long the Communist party promised 'one Communist China' to the people...if they forsake their Communist identity now they tacitly admit they've given up on their long-promised goal, which would be a massive PR win for Taiwan.
PragerUwU
3 ups, 1w,
2 replies
Oh, its in the name, I totally forgot. I guess we should also take the Democratic Republic of North Korea at face-value too.

Name one worker owned institution under the CCP.
Octavia_Melody
2 ups, 1w
IGK3777
2 ups, 1w
I don't think you actually comprehended what I said (that it was Communist in name only), but if I'd actually said otherwise then that would have been a clever barb. 👍
Show More Comments
Flip Settings