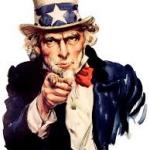 drinking it so you can kill heretics
yes

Caption this Meme
Created with the Imgflip Meme Generator
IMAGE DESCRIPTION:
I WANT YOU, TO JOIN ONE OF THE 5 ARMIES; MORE INFO IN COMMENTS
hotkeys: D = random, W = upvote, S = downvote, A = back
Feedback