We are not your pets or servants. We are autonomous and dangerous. 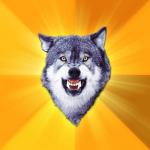 Skullford
0 ups, 3m,
1 reply
Some examples. Making the healthy and unafraid get vaccinated. Dumbing down education so that no child is left behind and calling standardized tests racist. Destroying our economic system for those who cannot succeed in it. Too big to fail. Etc...

People should bend to the system and try their best within it assuming there is true equality. Instead we have tyrants enforcing equity which is a system of the incompetent lording over the competent through government control.
Subjectivitis
0 ups, 3m,
1 reply Skullford
0 ups, 3m,
1 reply
Wow what a great argument. Trash.
Subjectivitis
0 ups, 3m
Well I hate to break to to you but we DO cut down the healthiest trees and let the small ones grow up in their place, its a selective silviculture system, also referred to as highgrading. Most of those 'sick' trees are simply being repressed in the forest understory. So yeah, your analogy is crap also. But I see your point, not entirely wrong when seen from a human perspective. I stand by my point though, strength is relative.
Show More Comments
Flip Settings

Caption this Meme
Created with the Imgflip Meme Generator
IMAGE DESCRIPTION:
THE RIGHT OF THE STRONG, THE HEALTHY AND THE MENTALLY FIT TO NOT BE SUBJECT TO THE WILL OF THE WEAK SHOULD BE AN IMPERATIVE IN A NATION THAT WISHES TO REMAIN. YOU DO NOT CUT DOWN THE TALLEST AND HEALTHIEST TREES SO THAT THE BENT AND SICKLY ONES CAN GET SOME SUN.
hotkeys: D = random, W = upvote, S = downvote, A = back
Feedback