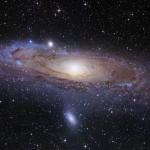 Caption this Meme
Best first
Latest first
Oldest first
8 Comments
SydneyB M
4 ups, 4m,
2 replies
Barely literate, huh? So you never read it. Buy a new fedora, champ, yours is mothbitten.
MichaelStJohn231
3 ups, 4m,
1 reply
I have read it... looked at the Hebrew and Greek, learned about modern translation mistakes, as well as the fact that much of it was passed down orally before it was ever written down or written decades after the events the books describe. And let's not forget the fact that only a very small number of individuals were literal during those times - which fits the criteria for "barely literate."

My point is that failable humans were involved on every level in the development of the modern version of the Bible. You can't say the Bible is infallible or the literal word of God because it's in the languages of humans, written by the hand of humans, translated by humans, and (re)interpreted by humans several times over. The best you can say is that it was inspired by God.

The other point I'm making is how unrealistic it is to think that a deity that created the whole universe in its vastness would favor a small group of primitive nomads wandering the desert. The assumptions one has to make about the nature of God to come to that conclusion are mind-warping. We're not special - there are most assuredly other lifeforms out there in the universe. An all-knowing, all-powerful, ever-present, eternal God would not pass along their message to just one people in one way. And yet, that is what many modern Christians, Muslims, and Jewish people claim.

Kate_the_Grate M
2 ups, 4m
Come now why must we show any respect of ancient cultures? Get with the times Syd! ;)
GeekGirl15
1 up, 4m,
1 reply
Have you ever heard of faith? Ever heard of believing in something not because of undeniable evidence, but because out of all the options, it made the most sense?
MichaelStJohn231
1 up, 4m
Nope. Never heard of faith before. What's that? Some sort of mental illness?

I've come to admire some parts of the Bible for its wisdom, and I am sure that it's at least in part divinely inspired. However, the Bible should be placed in a historical context, should be placed in a cultural context, and should be understood as a product of MEN. Failing to do so is idolatry; instead of a stone statue, you have a book.
NotCubisMagic
2 ups, 4m,
1 reply
That's why it's called "religion." It requires both faith and belief that it is true. I may not know what you believe I sure believe the Word of God is real. If The Bible doesn't convince, what about the geographical and historical evidence? The ancient cities and ruins and miracles once mentioned and how different text seemed like madness but with this modern age, it seems true. Going back to Revelations(I forgot the specific verse and Bible App isn't helping), as the two men, aka the witnesses, preach to the whole world, people will shun and shout at them and threaten their life... but for as long as God stands above them, they will not be killed nor harmed. Those who strike them will fall and die... [fast forwarding] The WHOLE world watches as the two men who preached the gospel are finally killed and brought back to Heaven, to bring the news to God - - - back then, before live media streaming, how do you think THE WHOLE WORLD would've watched the two witnesses be killed?

Again, I'm still learning the word of God but this is just one of many examples and parallels that show that the one true God exists. Here are some verses I referenced if it helps: Revelations 13:11; cf. 16:13; 19:20; 20:10
Anything relating to the Beast and the Anti-Christ, I'm not all too familiar with. I know the gist, of course, but not the specifics and what is and isn't known.
MichaelStJohn231
1 up, 4m
Revelations? You quote REVELATIONS to try to convince me that your religion is true? HA!!! Seeing as you're not familiar with "Anything relating to the Beast and the Anti-Christ," the fact you would quote Revelations is especially ironic. You do realize that Revelations is actually about the Roman Empire, don't you? 666 refers to Emperor Nero. At the time it was written, the events described were supposed to be IMMINENT. 10, 20 years into the future. Seeing as it's almost been 2000, we can definitively say that those imminent events didn't take place.

There was even a debate as to whether Revelations belonged in the Bible. It doesn't fit with the rest of the Bible - a complete outlier in both style and content. The Church Fathers didn't trust the author and didn't trust what effect it would have on theology (rightly so.)

It's called a religion because it is a system of values and worship practices; it does not require belief in absurdities. What you worship is up to you... I choose not to worship an ancient book.
Show More Comments
Flip Settings

Caption this Meme
Created with the Imgflip Meme Generator
IMAGE DESCRIPTION:
WE ARE A SPECK IN A SOLAR SYSTEM THAT IS A SPECK IN A GALAXY THAT IS A SPECK WITHIN THE UNIVERSE... ...BUT AN ANCIENT BOOK WRITTEN BY A BARELY LITERATE CULTURE, TRANSCRIBED COUNTLESS TIMES, TRANSLATED TWO OR THREE TIMES, AND INTERPRETED BY PEOPLE 6000 YEARS LATER IS THE ABSOLUTE TRUE WORD OF GOD?
hotkeys: D = random, W = upvote, S = downvote, A = back
Feedback