At least fiddle while it all burns down 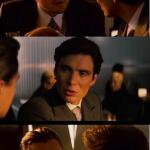 biden is technically in the same vain as those who let GM destroy infrastructure. still to this day, companies like GM are buying our politicians
Show More Comments
Flip Settings

Caption this Meme
Created with the Imgflip Meme Generator
IMAGE DESCRIPTION:
BIDEN IS WORKING HARD TO FIGHT CLIMATE CHANGE; THAT IS HOW YOU ARE JUSTIFYING HIS RELENTLESS ATTACK ON AMERICAN PROSPERITY AND HER FUTURE
hotkeys: D = random, W = upvote, S = downvote, A = back
Feedback