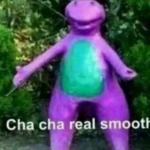 Caption this Meme
Created with the Imgflip Meme Generator
IMAGE DESCRIPTION:
WHEN YOUR PARENTS MAKE YOU PUT SOAP IN YOUR MOUTH FOR CURSING BUT YOU SWALLOW IT AND END UP WITH A 300 DOLLAR HOSPITAL BILL
hotkeys: D = random, W = upvote, S = downvote, A = back
Feedback