This is probably true though 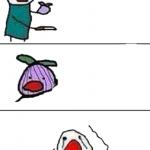 If I complained about how there were LESS upvote beggars, then that would mean I was begging for MORE upvote beggars. Not the other way around.
Likewise, if I complained about how I get LESS upvotes, then I’m begging for MORE upvotes.
[deleted]
1 up, 1y,
1 reply
Why do you get to choose what a person gets to complain about does complaining about something make them a bad person no you dont get to control someones free will
AdmiralDrake
0 ups, 1y
First, can you at least use proper punctuation? It makes no sense when your thing has terrible grammar.
Secondly... What are you talking about? Of course I don’t get to choose. But that doesn’t make what he did okay. What the heck is this “free will” you’re bringing up? That has nothing to do with upvote begging bro!
Theuser345
0 ups, 1y,
1 reply
Let me give u a link you might know this guy he's not really popular and he likes to complain about things that just don't matter like a lot of people do just like me
imgflip.com/i/4zyjz7
And i have another one which is of someone doing the same things as what you're saying not to do
imgflip.com/i/4xbbgo
AdmiralDrake
0 ups, 1y,
3 replies
Nice try. Don’t care.
Also, I’m not upvote begging in any of those memes. So quit trying to take memes I make for an artificial narrative.

Complaining about how you don’t get upvotes is begging for upvotes. End of story. And all the insults in your comments doesn’t change the fact that you’re wrong, dude.
Theuser345
1 up, 1y,
1 reply
Insults if you think those are insults you probably are like one of those white girls the first one is an example of this just because he has the word upvotes it doesn't mean it's upvotes begging and how about the one on the bottom
How about if it doesn't featured it you saying you want it to get featured
AdmiralDrake
0 ups, 1y
Your dumb whataboutism is possibly the worst argument I have ever seen on imgflip. I know I haven’t been here that long, but I’ve seen some pretty bad arguers. And I think you sir now deserve the trophy for the worst.

They’re insults, but that doesn’t mean I’m offended by them. It just means your argument has nothing to gain from them.

Aaaaaaaaand if all else fails, just pull the classic “Just because he mentions upvotes doesn’t mean he’s begging.”
STOP SAYING THAT. That is the most idiot in thing I have ever heard! That was NEVER my argument! Stop assuming what I said and actually READ... with your EYES... what I put in my comments you absolute retard!

See? I can put insults in my comment, too. But the difference is I have an actual argument to accompany them with.
Theuser345
0 ups, 1y,
2 replies
I only said the just because he mentioned doesn't mean he's begging once so it's not like I said it like 10 times and even then your the one who said it too and even though you do have a valid argument this guy might not be trying to upvotes beg he prob didn't know people would start stacking him just because he did what he did and everyone makes mistakes let's just leave this how it is if you want to argue more sure ill be happy to argue with u let's just say me and you are wrong and also right just tricking give me a break now probably gonna kill myself now i can't stand the pain that I'm dealing everyone's dying around me my family my pets my friends if you don't see me anymore here making any thing then remember my last words you might know these just really like this saying "it was never ment to be"
AdmiralDrake
0 ups, 1y
It isn’t even fun to argue with you when I can’t read what I’m trying to counter. At least put periods at the end of your sentences! It took me 20 whole minutes to actually read the comment you left and understand it.

I know you only said it once, but that is a phrase that people have been muttering for at least 3 months now. And the fact that it’s so easily refutable makes me wonder why people keep on making that same claim over and over again.

So I’m sorry that I put you in a broad bunch, but please don’t make that comment again that just because he mentioned upvotes doesn’t mean he’s begging. It really drives me crazy.

You’re gonna kill yourself? Dude. I don’t care. I hate to say it. But that fact has nothing to do with this thing currently.

Caption this Meme
Created with the Imgflip Meme Generator
IMAGE DESCRIPTION:
This onion won't make me cry; This meme will probably only get 3 upvotes
hotkeys: D = random, W = upvote, S = downvote, A = back
Feedback