share
1,423 views • 67 upvotes • Made by WayneUrso 4 days ago in politics
memesso i got that goin for me which is nice 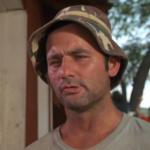 I couldn't be more proud to be from Taxifornia, unless I had actually been born here... sigh... 😒🤔
reply
thenukeman123
4 ups, 3d,
1 reply
and rolling blackouts because we got rid of our Nuclear plant, pay triple for electricity compared to TVA which is 39 percent nuclear. But we do have windmills and solar that can not be depended on for peak or base power. But they do make liberals feel good so we got that too!
reply
Fat_Elvis
4 ups, 3d
It's all about making the SJW progressive snowflakes feel good...

Have you heard the ads on terrestrial radio telling us to conserve energy in the evenings now? And what do those ads say is the reason... because our renewable sources of energy are not producing as much energy at that time of the day.

Trump said the same thing in the debates, and the woke media did their usual shish kabob job on him, calling him ignorant, saying he was making shit up, etc. blah blah.

Damn, and now we can't even wash our laundry in the evening.

Caption this Meme
Created with the Imgflip Meme Generator
IMAGE DESCRIPTION:
WE HAVE LOTS OF WILDFIRES IN CALIFORNIA, MUDSLIDES, HIGH TAXES, A BIG HOMELESS PROBLEM, THE SCHOOLS ARE CLOSED, THE BUSINESSES ARE CLOSED, AND THERE’S LOTS OF DRUG ABUSE. BUT WE DID MANAGE TO BAN STRAWS. SO, WE GOT THAT GOING FOR US, WHICH IS NICE.
hotkeys: D = random, W = upvote, S = downvote, A = back
Feedback
<![endif]-->