Down with Cancel Culture! 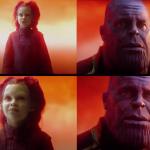 SJW, name calling confirms it, Gotcha!!! Zing.
reply
SnappyCenter7
0 ups, 2m,
1 reply
What I said to you has nothing to do with those 8 people... btw that 8 has grown to 13. Are you going to make assumptions and strawman them too?
reply
HvyLedMark
0 ups, 2m,
1 reply
This is still a thing? You must love social media!

I am sorry you got tied up in their advertising.

Post back and I will explain the BUSINESS model you got TIED UP IN, thinking it was your reality, and your first amendment right.
reply
SnappyCenter7
0 ups, 2m,
1 reply
Not really because of left-wing ideologues spreading and seizing control like a cancer.

I'm guessing you want to blame capitalism. Capitalism isn't perfect, but it has benefits and works better than communism in the long run.
reply
HvyLedMark
0 ups, 2m,
1 reply
I am not BLAMING ANYONE but the MINDLESS MORONS who use social media and respect it as a 1st amendment platform, which it is not.
reply
SnappyCenter7
0 ups, 2m,
1 reply
I think we might have got off on the wrong foot. I thought you were a left-wing ideologue, but I might be wrong. Do you endorse these policies of deplatforming or doxxing people for having the "wrong" political views and saying things that "might" be offensive?

The problem with social media platforms is that they want the right to censor whoever they want that a private platform has but the legal and financial protections a public platform gets - and those are not allowed to have censorship catered to personal taste; it's big-tech trying to have their cake and eat it too.
reply
HvyLedMark
0 ups, 2m,
2 replies
Well, there is a way around "big tech"...its a shame 99.999% of internet users have NO idea of how to publish without WORDPRESS, pinterest, facebook, twitter, name your chosen middle man doing it for them! HAHA

Big TECH, or big social media platforms? There are ways around google and Amazon Web Services. You don't need either one of those... 👍
reply
SnappyCenter7
0 ups, 2m
You're right, everyone gets offended at one point or another. I assume you disapprove of deplatforming or doxxing people for having the "wrong" political views/
reply
SnappyCenter7
0 ups, 2m,
1 reply
There's a few ways around big tech and they hate that... look at what they're trying to do to Parler and how they tried to bully this other website at the merest hint Trump might be on it (I forget which website it was, maybe BitChute or Minds). Doesn't mean I won't use it, but it does mean these tech tyrants should be allowed to get away with oppressing others, they shouldn't. Big social media platforms are part of big tech.

By the way, you didn't answer my question; Do you endorse these policies of deplatforming or doxxing people for having the "wrong" political views and saying things that "might" be offensive?
HvyLedMark
1 up, 2m
Everyone gets offended at one point or another, it's the way the world works. It's too bad that everyone is a big pussy, and they have bitch about it as if they have been violated against.
Show More Comments
Flip Settings
memes
gifs
other

Caption this Meme
Created with the Imgflip Meme Generator
IMAGE DESCRIPTION:
WHAT DID YOU DO? I SPOKE THE TRUTH ON SOCIAL MEDIA. WHAT DID IT COST YOU? EVERYTHING.
hotkeys: D = random, W = upvote, S = downvote, A = back
Feedback
<![endif]-->