share
55,692 views • 1404 upvotes • Made by Dont_click_my_profile 2 months ago
business is boomin kingpinmemesupvote 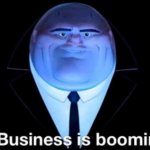 Caption this Meme
Add Meme
Add Image
Post Comment
Best first
Best first
Latest first
Oldest first
145 Comments
reply
Im_goatified999
10 ups, 2m,
2 replies
if ur business is reposting then sure.
reply
AMDGB_from_yt
5 ups, 2m,
1 reply
if your business is hatting on a meme then sure
reply
proto1250
1 up, 2m,
3 replies
there you are again LMAO. your dumbass can't even spell "hating"
reply
MafiaBoss-Diavolo
4 ups, 2m,
3 replies
Oh no because he spelled one word wrong that makes his entire argument invalid because that’s the crap logic people like you have
reply
ZetraNova
2 ups, 2m
nice one bro
reply
imgflipgamermoment1
1 up, 2m,
4 replies
oh shit no dude you don't understand memerboy13 spreads toxicity across all of the comment sections don't support him
reply
imgflipgamermoment1
1 up, 2m,
2 replies
and memerboy13 will attack anybody with a comment he does not like, such as that one
reply
AMDGB_from_yt
0 ups, 2m
no you
reply
AMDGB_from_yt
0 ups, 2m
I was sharing my opinion if you look at the start of this you will see that I meant it as a joke
reply
Meteor24
1 up, 2m,
1 reply
@imgflipgamermoment1 just flag him. thats what i did
reply
AMDGB_from_yt
0 ups, 2m
and flagging will do what?
because I was sharing my opinion if you look at the start of this you will see that I meant it as a joke
reply
proto1250
0 ups, 2m
Thank you. I hate this kid.
reply
MafiaBoss-Diavolo
0 ups, 2m
i wasn't defending him myself , i was just correcting the guy using the , 'you spell one word wrong your argument is invalid' falacy
reply
proto1250
0 ups, 2m,
3 replies
alright yeah his argument doesn't get invalid because of one spelling error. That's fair. But come on. This dude goes around on every comments section and cusses people out because they're sick and tired of upvote beggars, reposters, and in-general, people who just steal other peoples' memes or begs for upvotes.
reply
[deleted]
6 ups, 2m,
15 replies
Which is exactly how it should be. Except no cussing. but we are SICK and TIRED of this. Reposting is basically plagiarism, and you can literally get expelled from universities because of that. Begging is also incredibly dumb, it just shows that people aren't creative enough and have to literally steal other peoples ideas just to get some upvotes. Like the 'lets see how popular ___ gets'. The guy / girl (adding both genders so you dumbos don't make MY arguement invalid because i didn't add both) who first made that 'lets see how popular' meme is original and acceptable. Later on there's stuff like "DOG" or "FLOATING HEDGEHOG". C'mon.

The even worse thing is that people practically don't care about this begging anymore. It's been ignored for so long that now it's raiding the servers and STILL people don't downvote. There are people QUITTING this website because of this monstrosity. Yet you guys are too busy hating on original ideas and comments like this who speak the truth. "Oh nO He'S cUsSiNg". BOI ARE YOU DUMB?! I can bet 100 dollars that probably all of you have said at least one swear (other things like 'fudge' count since the meaning you are trying to portray is the same). So if someone is talking about their opinion and start to cuss, remember you are no different. Oh, and also MEMERboy13 here didn't even swear. and to you proto, you are such a hypocrite. You are hating on him for swearing but your comment literally is an acronym with a SWEAR IN IT!!!

And before I get stuck with someone saying "pLaGiArIsM wItH mEmEs Is NoT tHe SaMe As UnIvErSiTy", let me just say that everything starts out small. Just like how companies like Disney and Microsoft and Apple and Amazon, they all started out in a GARAGE. Yet they grew and grew, started taking things more seriously, and now these owners are billionaires. Same can be applied negatively. Let's look at Albert Fish. He was a person who loved to feel pain. He started out by just pinches, to punches, to stabs, to shots, to torturing other kids with glee. If you keep copying the small small mistakes, soon that's not gonna be enough. You want more, so you do more. You use creativity less, so you steal more. More until you plagiarize so much that you get, well, a consequence you won't be able to live through quickly. It's practically a drug. You use more and more until you die.

Caption this Meme
Created with the Imgflip Meme Generator
IMAGE DESCRIPTION:
You after getting your first upvote:
hotkeys: D = random, W = upvote, S = downvote, A = back
Feedback
<![endif]-->