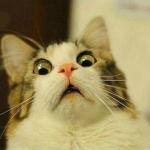 It is so frustrating that I cannot make original memes in thread.

Trump is am impressive figure, no doubt. He's got millions to spare and talent, I concede.
SydneyB M
5 ups, 11m,
1 reply
But you just made one.

There's plenty of people who have lots of money that haven't done what he's done. Sure, he's not perfect but who is?
DanielleHeart1
2 ups, 11m,
2 replies
No, to use an original template. Under 1000 points you have to use flip templates.

He seems to have been good for America. A lot of strong conflicting opinion on that of course.
SydneyB M
4 ups, 11m,
2 replies
I see, it's been years for me.

I think more about how it was foretold that he would destroy America and the world. Didn't happen. But yeah, I think he did well but it's certainly debatable. I liked how he pissed on the Paris accord bs, tho now Biden says he's gonna cuck on it, like a sap.
DanielleHeart1
3 ups, 11m,
2 replies
Yeah, haha. I've been up beyond 30,000 sev3ral times, lol.

The way Trump spoke to the Chinese government needed as well, in the longer term that might help them think a different way. I am not really sure what those men at the top of China think, they are anything but silly.
SydneyB M
3 ups, 11m
The death of a thousand cuts. Why? Whhhhhhy?

Yeah, you hit on it. Most countries have given up on wanting to dominate the world besides China.
VagabondSouffle M
0 ups, 11m,
1 reply
Again, do look things up.

While Donny was yapping all that noise Ivanka was making deals for Trump Inc products made in China.
And that's just the tip of it. All he's done is screw American farmers selling to them, PERMANENTLY. China is now growing more soybeans, etc. Meanwhile US taxpayers are footing the bill to rescure farmers with rotting produce that WAS set to go to China, and many won't be selling there in the future.

On a positive note, if you wanna buy some cheap farmland from desperate farmers here now's the time.
DanielleHeart1
2 ups, 11m,
2 replies
Oh, you do say a lotta stuff.
DanielleHeart1
1 up, 11m
VagabondSouffle M
0 ups, 11m
Perhaps you should look things up and stop looking like the utter buffoon of an ignoramous you are.
DanielleHeart1
1 up, 11m,
1 reply
Pardon, Syd, for late reply "vaga" and OlympianProducts censored me, they delted four of my posts and I was booted off for 18 hours.

Yeah, that was a classic moment. "No, you won't get a photo!"
DanielleHeart1
1 up, 11m,
2 replies
Yeah, I didn't think so. Haha, they are great together, lots of spontaneous classic moments
SydneyB M
1 up, 11m
I think my fav was the busted pluggah bit.

It's worth watching the whole segment tho. It's pretty funny.
VagabondSouffle M
2 ups, 11m
Ahh, I see,,,

Isn't he dead? Don't remember hearing about it but he must be 90.
VagabondSouffle M
2 ups, 11m
Oh wow. Heck, I hadn't even heard of him before. That's how out of it I am

I have the feeling he passed away too.
SydneyB M
2 ups, 11m,
2 replies
I only heard about him from that Aussie morning show. Funny show, they had a segment on these guys growing beards to bring attention to some cancer and the girl you saw Lisa, was like 'I'll grow one too! It's in me genes!' and the host looked at her pants and said 'What? In your jeans???' and cracked up.
DanielleHeart1
3 ups, 11m
That was so funny.
VagabondSouffle M
2 ups, 11m
Those crazy Aussies,,,
Show More Comments
Flip Settings