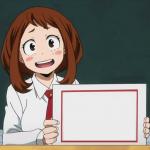 légendaire ("legendary" in French).
reply
JasonRexroat
0 ups, 3m,
1 reply
Yeah -but Galvatron was also a Unicron Lackey - Megatron would have never allowed such a situation. In fact - he died for what he believed before bowing down to another.

Then - lets look at his more recent cinema adaptation. Lots of little blocks that turn into a truck and such... Everyone of those square transformers were the worst.

"Hey lets use that famous Asian scientist's idea on a transformer being a ton of nanobots working together"
reply
HeriaAngel
0 ups, 3m
I hear you, they're awesome and masterpiece? This Transformers isn't worst! You're worst and... STUPID!
reply
HeriaAngel
1 up, 4m
Yees
Show More Comments
Flip Settings
memes
gifs
other