No more submissions to the fun stream for me. It's become a waste of a good meme. No one sees my memes and no one cares. 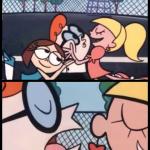 reply
DarK_Destroyer
0 ups, 2w
Hi
reply
ArcMis
6 ups, 2w,
1 reply
That has been my take as well for some months - until the Coronavirus had me change my mind.

So here's the thing: where to post yout content? Everybody who dislikes the new imgflip (and there's quite a few) does their own thing now; the old imgflippers are still there but dispersed in a dozen streams like Frontpage, All-stream, Old Imgflip, Original Content, Oldtimers, AdultHumor and some. I don't even track them anymore.
If only all those efforts would align and all those streams would merge in a joint grown-up old-school stream along with their followers this would be a powerful platform with quite a lot of viewers and in good mood.
reply
visiohip
1 up, 2w
I like the custom streams feature and if more people used it for relevant content maybe, but it just seems obvious this is not a serious-run site,I dunno.
reply
Heavencanwait
5 ups, 3w
reply
Frosty.
4 ups, 2w
reply
l9oooog
1 up, 2w
reply
Octillery6504
1 up, 2w
Barely anyone sees my memes and I posted 90% of them to the fun stream. But I never give up. In my opinion, what matters is if YOU like your memes and if YOU'RE proud of them.
reply
TrustiGoat
0 ups, 2w
But occasionally I strike gold there.......imgflip.com/i/3tezx7
Show More Comments
Flip Settings