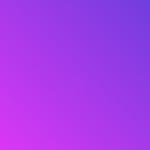 There's no "and then" to the process.

The prosecution either proves guilt (beyond a reasonable doubt in a criminal trial) or the person is acquitted.

In our current political theater, there's no standard defined to which senators must consider the evidence as having surpassed. That's why the founders required 2/3 of the senators to convict in an impeachment trial. They knew there would be children in the house who would try to pull politically motivated crap, like Pelosi, Schiff, and Nadler have tried to pull. They were counting on the adults in the senate to restore order.
reply
[deleted]
2 ups, 6m
Or when the incompetent prosecution has no case whatsoever, and whines like a little bitch about not getting the defense to provide them with imaginary evidence, the jury acquits.
Which is what you'll have this weekend. An acquittal.
An acquittal of a case brought by an aging drunk House Speaker, using two delusional boobs named Schiff and Nadler as point men.
Pelosi, Schiff and Nadler have just guaranteed a Republican landslide in many elections. Guaranteed.
reply
Grampa
1 up, 6m,
1 reply
In court, the burden of guilt is on the prosecution. The defense only need show evidence to contradict or refute that evidence. There is no burden on the defence to prove innocence.
reply
antithesis
0 ups, 6m,
1 reply
Cool. So tell Trump that he actually has to refute the evidence against him.
reply
Taleladar
0 ups, 6m,
1 reply
lol maybe if there was any evidence to begin with, they would have something to disprove.
reply
antithesis
0 ups, 6m
There's bunches of it. They put it on television. I'll fairly certain you're just willfully ignoring that evidence - and that's NOT how innocent until proven guilty works; straight up ignoring the case against you doesn't ever end well for you.
Show More Comments
Flip Settings
memes
gifs
other

Caption this Meme
Created with the Imgflip Meme Generator
IMAGE DESCRIPTION:
I KEEP HEARING THE DEMOCRATS SAY TRUMP SHOULD SHOW THE EVIDENCE TO PROVE HE IS INNOCENT; THE THING ABOUT OUR JUSTICE SYSTEM, YOU DON'T PROVE INNOCENCE, YOU PROVE GUILT
hotkeys: D = random, W = upvote, S = downvote, A = back
Feedback
<![endif]-->