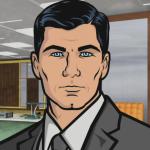 Caption this Meme
Best first
Latest first
Oldest first
16 Comments
Xenor-a-Mench
3 ups, 3y
I cheered when i saw the people rising up, this is how free people will fight to be free. Now if the mainland Chinese will also rise up. Then the Russians. .
SukaMadik
0 ups, 3y Elitist, entitled, Liberal shits stomp on the American Flag and get on their knees like the mentally conquered fools they are.

But people in Hong Kong protesting against oppression from China are waving the U.S. flag and singing American anthems, but you think you can tell someone them that YOU are more American when you are basically nothing more than an entitled parasite whose sole purpose in life is to demand a handout.

One thing is for sure, those people are more patriotic and more American than you. At least they stand with the U.S.A. You should relocate.
Show More Comments
Flip Settings