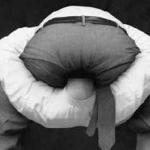 Does that mean I get to disregard anything you say if you like a particular TV, hobby or sports team I don't care for? Nice logic.
reply
Boma
2 ups, 2y,
1 reply
Talk about a repost. Its been done many times, just pick the person or group you dislike. Now if I was to use this meme it would have read - "If you took your head out of your ass, maybe you wouldn't have so much shit in your ears."
reply
[deleted]
1 up, 2y
Show More Comments
Flip Settings

Caption this Meme
Created with the Imgflip Meme Generator
IMAGE DESCRIPTION:
HOW TO THINK LIKE A LIBERAL DEMOCRAT
hotkeys: D = random, W = upvote, S = downvote, A = back
Feedback
<![endif]-->