It seems so simple...yet it is so difficult to grasp for some folks... 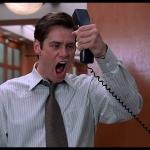 reply
nottaBot
1 up, 2y,
1 reply
Jail might be better than what they're used to. Or SEEM like it. :-)
reply
[deleted]
4 ups, 2y
It is better, for the kids that come without their parents, anyway.

I had a conversation with an immigration attorney on Sunday and they told me people that come into the country illegally not only get processed faster than those that apply legally, but they also fill the spots of legal entrants who need asylum and cause the US to have to turn them away.

Illegals immigrants are ruining the chances of legal immigrants getting asylum because our government is forced to process them by law whereas it can turn down legal applicants.

How is that fair? How is that right? Build the wall!
reply
DudeKiller
0 ups, 2y,
1 reply
"...stop lllegally crossing the border, cause on the other side morons put children in cages"

More like this
reply
[deleted]
2 ups, 2y
Either way, they know the results (going to jail, separation from their kids) of their action (illegally crossing the border). So if they don't want the undesirable result, they should avoid the behavior that causes it to happen.
reply
DudeKiller
0 ups, 2y,
1 reply reply
[deleted]
3 ups, 2y,
1 reply
Shouldn't that read "everyone" instead of "no one"? Otherwise, it makes no sense...by the way, Mexico is also "stolen" land ("stolen" from the Aztecs by Spain). Which means that current day Mexicans are European immigrants as well, so that doesn't really apply to this situation.
reply
DudeKiller
0 ups, 2y,
2 replies
So if you are all the same what is the danger of letting them in?
reply
[deleted]
2 ups, 2y
Because it is against the law and is unfair to all the REAL immigrants that go through the process of becoming citizens. They can come in, but the have to do so through the proper channels. They just want to skip all the rules and do what they want instead, but no country based on law and order works that way. And the reason for the due process? Then one can properly vet those coming in. Just ask the citizens in European countries how they like having all of those undocumented foreign nationals running around bombing them, running them over with vehicles, and throwing acid on their faces.
reply
7.ups
2 ups, 2y
Then the US would eventually become the same as the place they are trying to flee.
Show More Comments
Flip Settings
memes
gifs
other

Caption this Meme
Created with the Imgflip Meme Generator
IMAGE DESCRIPTION:
IF YOU DON'T WANT TO GO TO JAIL AND BE SEPARATED FROM YOUR CHILDREN... ....STOP ILLEGALLY CROSSING THE BORDER, MORON!!!
hotkeys: D = random, W = upvote, S = downvote, A = back
Feedback
<![endif]-->