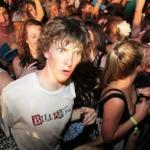 reply
ErinSaylors
1 up, 3y,
1 reply
5 seconds
reply
Labrat_3
2 ups, 3y,
1 reply
chump, I save every 0.1 seconds to be EXTRA safe!
reply
JuicyParadox
0 ups, 3y
Can't beat this one I guess, unless we download a bot who can save every 0.00000000001 seconds or something.
reply
Damon_Knife
5 ups, 3y,
1 reply
reply
[deleted]
1 up, 3y
reply
MemeSpirited
5 ups, 3y
reply
clues_gophered
4 ups, 3y
reply
StudioOBC
4 ups, 3y
reply
mysterystring
4 ups, 3y
I never really thought about that...
reply
[deleted]
4 ups, 3y
reply
CobaltMemes
4 ups, 3y,
1 reply
[image deleted]
reply
JuicyParadox
1 up, 3y,
1 reply
No.
reply
[deleted]
1 up, 3y,
1 reply
reply
[deleted]
0 ups, 3y,
1 reply
reply
JuicyParadox
0 ups, 3y,
1 reply
There are lots of differences between being nice and being approachable. An approachable girl can be an evil b**ch inside while a shy or at-first-impression-rude girl who is difficult to approach can be really sweet and nice once you know her.
Capiche ?
reply
JuicyParadox
0 ups, 3y,
1 reply
And I may add that there's also a difference between being rude and being mean. One may be just trying to protect herself, the other one just like to belittle other people and feel superior.
reply
[deleted]
0 ups, 3y,
1 reply
reply
JuicyParadox
0 ups, 3y,
1 reply
And the kind of opinions that you have is exactly why they have a hard time attracting other people on purpose. Because you think, like many, that everyone want to be normal and socially attractive, instead of being themselve in the first place. I just don't know how to make you understand how much you're wrong when you say they're inauthentic. In fac, it's exactly the opposite : they are shy and rude precisely BECAUSE they are authentic and BECAUSE they don't want people to decide who they are and how they should think and talk. And maybe you feel them inauthentic because they're not exhibitionnists with their feelings and that makes you uncomfortable so like a lot of people you want them to fit into your standards except that maybe they don't want to be who you want them to be and who everyone else want them to be. They don't want to be normal and fantastic, they want to be who they are and that's it.
Thing is social interaction does not make you authentic, it does a lot of other good things but especially not that because you have to listen the others and respond to them by adapting to them and you forget yourself in the process. And it's good for you if you're happy with that, but please don't try to make everyone think that being sociable is a condition to be nice because it's fake.
They give off bad vibes because they don't want people to make them disappear in all the shits that's going on between the groups and they're attracting to people who understand what they need which is to not be smothered by what you call "nice people".
Also, I'm not talking about shapeshifters there. The shapeshifters are sociable and reliable since they know how to play by the social rules wonderfully, like making you think they're nice or approachable for example.

By the way, when people are not attracting you and give off bad vibes, don't you think it's less suspicious than someone who is trying to seduce you and make you comfortable on purpose ? Who is the most dangerous here, the one who know exactly how to be loved by the others, or the one who just stay on his/her side and leave you alone if you just ignore him/her ?

Stay the hell away from real people if you want, that'll probably be better for them anyway.
reply
[deleted]
0 ups, 3y,
1 reply
reply
JuicyParadox
0 ups, 3y
What's your point about Muhammad Ali ? Cause someone who's rude with the waiter but nice with him wouldn't be a shapeshifter... a shapeshifter would know exactly how to play nice with the waiter as well, even though it would be all a trick to make people think he's nice.

My "standards" (in terms of relationship) usually make me attract people who are actually interesting because they're not trying to reduce themself to other people's standards by attracting whoever for the only purpose of this feeling of social esteem some are so eager to find anyhow. But I don't have any "standards" when it come to understand other people. And I don't like assholes, you're the one giving them this name, I'm talking about shy or rude-at-first-impression people, people who don't intend to attract you because they don't want you to like them because they're not interested in your opinion of them, and even if they are, they're going away from it one way or another or use this information in their own way. But they're not assholes. Assholes are people who attack and belittle on purpose, we can find assholes being on both side here, that's not the point.

Oh and also I'm not talking about girls only, some guys can be like that.

Now I have to say, the "Beta" thing is totally boyish, like you only have the choice to be either dominant or suffer a shitty treatment from the dominant ones. That way of thinking is exactly why some boys and girls are being "rude" with your kind of people. I mean, maybe you enjoy playing this game of "who is the most dominant here who can freely be mean with the others" etc but some just don't like it. I've seen both side you know, I've played this Alpha-Beta game plenty of time, sometimes it's fun, even though you "loose" but it intend to be exhausting and I don't find it hard to understand why some people rather be rude to others instead of drowing into their little game of thrones or whatever.

Let's be simple, my point was that being hard to approach doesn't necessarily mean you're mean but just over-protective of yourself, and, on the same train of thoughts : being easy to approach doesn't necessarily mean you're nice because you can (girls and boys included) be an asshole inside and have learned how to hide your true self anyway, that's it.
reply
CantTouchThis
3 ups, 3y,
1 reply
reply
GradiusLover2000
2 ups, 3y,
1 reply
only back in 2004.
router technology has become so advanced that a firewall knows if the connecting machine isn't following proper TCP protocols.
reply
CantTouchThis
0 ups, 3y
I know I know... And overall, the brick computers are so outdated that they could barely connect to the internet... I'd honestly prefer the 2000$ machine :D
reply
Mysteryboy
3 ups, 3y
Ah the nostalgia...
reply
satyricon
3 ups, 3y
reply
[deleted]
3 ups, 3y
reply
[deleted]
2 ups, 3y
upvote for you!
reply
luftweg
2 ups, 3y
imgflip.com/i/25sbyv
reply
jakey199
1 up, 3y
reply
nottaBot
1 up, 3y
Awesome!

Caption this Meme
Created with the Imgflip Meme Generator
IMAGE DESCRIPTION:
THE HOTTER A COMPUTER GETS; THE MORE IT FREEZES
hotkeys: D = random, W = upvote, S = downvote, A = back
Feedback
<![endif]-->