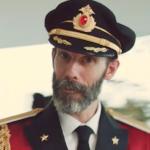 DrSarcasm
0 ups, 2y
Ihaveameme
7 ups, 4y,
1 reply
isayisay
3 ups, 4y
DashHopes
6 ups, 4y,
1 reply
isayisay
7 ups, 4y
lol
boredmeme
4 ups, 4y,
1 reply
Actually, life is choc full of downvotes.
If your partner breaks up with you, that's a downvote.
If you get disciplined or fired at work, that's a downvote.
When an credit application is denied, that's a downvote.
Growing up isn't eliminating downvotes, it's dealing with them.
isayisay
2 ups, 4y,
1 reply
Yes life is full of disappointments. But there is no downvote button to attack what or whom you don't like with perfect anonymity. You just have to move on and deal with it. That's the point of this meme.
boredmeme
3 ups, 4y,
1 reply
If you work in customer service, you can get attacked with anonymity all the time. Besides, is it really anonymous? I was a victim of downvote abuse once (2-3 days having to wait 2 hours between comments was the result). I know exactly who did it. They were even proud of it. I made and submitted a couple of pity party memes, received an enormous amount of moral support from the community, it passed, and I moved on.
The downvote button is a tool, and like any tool, it can be abused and misused. It's not always fair, but if not the downvote button, then the trolls will flag your meme so that it gets taken down while the mods investigate.
I would get behind a campaign to reduce the effect that downvotes have, but I don't think I can get behind the campaign for their complete removal.
isayisay
3 ups, 4y
The downvote attacks can be anonymous if they choose not to reveal themselves and these can last a long long time.
Wienerdawg
1 up, 4y
imgflip.com/gif/20t8km
AnotherWorldView
3 ups, 4y,
1 reply
isayisay
2 ups, 4y
SilicaSandwhich
0 ups, 3y
There is a downvote button. It's called verbally disagreeing.
JBmemegeek
4 ups, 4y,
1 reply
Good stuff!
isayisay
3 ups, 4y,
1 reply
Jstn.
0 ups, 1y
Show More Comments
Flip Settings

Caption this Meme
Created with the Imgflip Meme Generator
IMAGE DESCRIPTION:
IN REAL LIFE THERE IS NO DOWNVOTE BUTTON; YOU JUST HAVE TO DEAL WITH IT LIKE AN ADULT
hotkeys: D = random, W = upvote, S = downvote, A = back
Feedback