163,179 views • 199 upvotes • Made by ArenWalter 4 years ago
karl marx memecommunsimmemespunfunnyclever 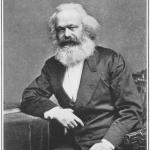 Socialism has never worked. It never will work. Take a gander at Venezuela. Socialist country and everyone is starving.
Vistacruizer
6 ups, 4y,
1 reply
So, you say socialism doesn't work. Public schools, libraries for all to enjoy, the roads you drive on. All paid by all tax payers all forms of socialism that you claim don't work. Don't drive your f**king car on our roads if that's how you feel.
Chad.Irvin
4 ups, 4y,
2 replies
Roads are not built on socialism.

Have you been to our failing public schools? Implement socialist policies, they fail miserably.
Vistacruizer
5 ups, 4y,
1 reply
I live in a southern community in south east Georgia. Our school public school system is better than the national average. I have no problem paying my personal property taxes to help educate young minds. If your local education is failing I suggest you look in the mirror and ask what I can do to help instead of griping like a conservative would. I'm liberal and live in a republican community. I have no problem paying for education. Unlike you that wants to bitch and gripe about it on Imgflip
Chad.Irvin
3 ups, 4y,
4 replies
The only one here "bitching and griping" is you. I commented on a meme that talked about Communism and it was a liberal that started on with Socialism and how great he believed it to work. It does not.

I have no problem paying taxes (well, paying for things that help out on a whole for the community), but I DO have a problem when my government wish to implement socialist taxes on me.

Socialism is designed to to destroy the wealthy and spread the wealth to everyone who believe they should get the same thing without working for it. Run a race and get the same award as the guy who came in first place, even though you came in last, only makes those who work hard for their victory not give a crap about the next race. Everyone gets the same damn award, why bother trying?
SpiritualFox
4 ups, 4y,
1 reply
At least the commies are learning about politics. When I was in high school, the kids couldn't name the different branches of the legislature.

Zero taxes was an idea that was thought up back when Pre-America was trying to overthrow Britain. It's a good slogan to recruit people with.

Today's socialism seems to have come about purely because it was the next thing on the list.

It's like the world is being lead by a deranged history teacher.
Vistacruizer
2 ups, 4y
Your weakest link is shit cost money to build, and the point is we all pitch in. This is called socialism.
Vistacruizer
2 ups, 4y,
2 replies
My problem lies in the wealthy making money on the backs of the poor. Example. If the current Republican health care ideals are enacted the same Walton family stands to make 19 billion, that's billion in the backs of the poor while skirting paying any taxes. I have a problem with this. I work my ass off 40 plus hours a week. My family and I are made to suffer while the rich get richer? When do you plan on waking up and seeing that the party you believe in is fisting your ass?
SpiritualFox
1 up, 4y
The class system. A nasty remnant of the British empire. The question is... Where does it stop? It doesn't.

Corporations used to play for their own roads, and then the government would act as a neutral business entity, and built said roads.

How the money moves, how the laws are enacted and enforced, etc, etc, are beyond the average person at this point.

My libertarian position, in a way, supports the people... Because if I was in charge, the laws would be far fewer in quantity, and I'd make em readable to anyone who could read at a 4th grade level.

The best suggestion I've heard is to put a 50% inheritance tax on the assets of the recently deceased.

3rd, 4th and 5th generation 1%ers only understand the value of money in a figurative sense.

"Let them eat cake" has a lot more meaning if you've had to seriously consider whether stealin' bread counts as stealing, in a real world scenario.

/End Political Internet Rant
Chad.Irvin
0 ups, 4y
When did I say I believe in the republicans? Honestly, I believe the democrats more so than the repubs. I know where the democrats stand on everything. They're wolves and the republicans are wolves in sheep's clothing.
Vistacruizer
2 ups, 4y,
1 reply
And I keep hearing the old Republican rethoric about tax and spend Democrats. All the while the Republicans that are in charge of my county in Republican Georgia has once again for the 2nd year in a row raised our property taxes. But as long as I can have my gun I'll vote for any idiot that will let me keep them. Time to grow up and realize a gun is useless when your sleeping .
Chad.Irvin
0 ups, 4y
I'll upvote this comment cause it's the first one that makes sense.
Manhattan
0 ups, 4y,
1 reply
Socialism is designed to to destroy the wealthy and spread the wealth to everyone who believe they should get the same thing without working for it""" You have no idea what you are talking about. Have you ever been out of your town? To Norway or Portugal or Sweden? Canada?
Chad.Irvin
0 ups, 4y
Every country you just mentioned does not support your argument that socialism works. Lol. I'm done.
Vistacruizer
4 ups, 4y,
1 reply
Your just another idiot that wants to gripe about shit and do nothing to help. Your sorry butt didn't buy all the roads you drive on. You didn't buy the school buildings you say are failing. You didn't buy the public buildings your community enjoys nor the public playgrounds your communities children play on stfu. Your self rightous and you feel your owed for something you don't truly believe in!
Chad.Irvin
5 ups, 4y
Manhattan
5 ups, 4y,
1 reply
old dumb argument. look at Sweden, Holland, Denmark.. etc etc etc etc....
Chad.Irvin
5 ups, 4y,
3 replies
Sweden, Holland, and Denmark? You think they're doing well? Lol.

And it isn't dumb to look at socialist countries past and present and realise that socialism DOES NOT WORK. The absurdity is maddening.
blankpage
3 ups, 4y
Sweden, Holland, and Denmark? what about the muslims!!! socialism is like giving up to muslims! #FascistLogic
Manhattan
0 ups, 4y,
1 reply
Chad.Irvin
0 ups, 4y
But like I said, I'm done.
[deleted]
0 ups, 4y,
1 reply
Chad.Irvin
0 ups, 4y,
2 replies
First off, calling people morons in an argument automatically makes your argument void. And second, linking a Wikipedia page that shows a poll of how many people are happy, doesn't make your argument valid.

Those polls you obviously love don't prove anything. If you ask the average New Yorker they'll tell you they're happy, but their policies restrict freedoms. Grow up.
Manhattan
0 ups, 4y
I am an average NY'er I dont need to ask anyone. Why dont you explain to us all how my freedoms are restricted here in NYC
Manhattan
0 ups, 4y
http://worldhappiness.report/wp-content/uploads/sites/2/2017/03/HR17-Ch7.pdf
SpiritualFox
3 ups, 4y,
1 reply
I hate the commies as much as the next user, but i wouldn't put much stock in anything politically related to Venezuela. They have the most oil in south america, so the American government, or the CIA/NSA/Secret Whatever/etc, have been tampering with the country for decades.

I don't even pay attention, unless Secretary of State, Lord Exxon Mobil, pipes up.
1redshoe
4 ups, 4y
You ain't kidding....

Also - artificially depressing the cost of Oil (through economically senseless overproduction - which Saudi Arabia has been doing - for us, for years now, seemingly to punish Russia, Iran and Venezuela particularly) destroys the economies of those whose cost of production is higher than (the new) market price.

Also recall the 2001/2(?' was it) coup - sponsored by US, and installing the local Head of the Chamber of Commerce....
Show More Comments
Flip Settings

Caption this Meme
Created with the Imgflip Meme Generator
IMAGE DESCRIPTION:
COMMUNIST MEMES AREN'T FUNNY; UNLESS EVERYONE GETS THEM
hotkeys: D = random, W = upvote, S = downvote, A = back
Feedback
<![endif]-->