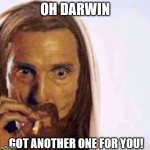 Hillary Obama Laugh in politics
reply
JohnKiote
0 ups, 3m
First of all, Trump is COMMUNISM you IDIOT! Who is Kissing COMMUNIST ASS, as in calling Putin "nice guy!" you Retard. And yes I have ZERO Problem with Socilaism, Because it Works EVERYWHERE! They have kept Covid at bay. What did Trump do? NOT A F**KING THING!
And it was Trump who said "China was on our side" before Covid. AND HIS RETARDED ASS GOT CALLED OUT ON IT after Covid, that's when he showed his True Racist Colors. (Not true, he has been the biggest f**king Racist EVER!) As for Democrat vs Republican history, go back to school because you are now truly showing your "Poorly Educated" side of life. Today's Republicans Hate the Republicans before 1950. Yes, the South was Democrat until (Guess what? A Democrat enacted Civil Rights) And that is when the South Embraced the Republican party and hence moved the Republican Party to the Southern Racist Lifestyle.
So Piss Off you Communist Cock Sucker. ANTIFA has Spoken!

And Yes, I am ANTIFA Because I SWORE an Oath to fight Fascist Dictators.

And when someone hates Anti-Fascism, that kind of makes them a F**king Fascist.
Hillary Obama Laugh in politics
reply
JohnKiote
0 ups, 3m So another Republican Chicken shit who thinks he's a "patriot". Well guess what boy, I Served. And This Loser and Sucker Knows what a Commander in Chief is supposed to be. And his followers are the F'n infection that has ruined our Civil Liberties and Progression of what WE THE PEOPLE are supposed to be. You are complicit in giving our Freedoms to Russia, while I FOUGHT Russia and Terrorism, people like you and your idol are handing it over to them as we speak. NO OTHER PRESIDENT has ever kissed Russia's A$$ and I, as a LIFE LONG Patriot who SERVED MY COUNTRY FAITHFULLY to my fellow Citizens, and I will not allow $hitheads like you to Disrespect what WE Accomplished. SO
Hillary Obama Laugh in politics
reply
JohnKiote
0 ups, 3m
Stuff? As in what you posted? Fact-less accusations without evidence? Presenting Videos from Russia claiming it was American when there is a Russian Crest in hanging in the room where they were counting ballots? Or file a law suit in Wisconsin demanding to see the security footage from the Ballot Counting center in Detroit? Run away boy, your hair dye is melting that you got from the Porn shop next to Four Seasons Landscaping.