Away teams can be tricky to compose 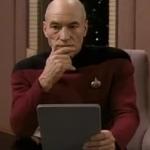 reply
[deleted]
7 ups, 5y
reply
Jying
5 ups, 5y
reply
ChumpChange
4 ups, 5y,
1 reply
reply
Forman
3 ups, 5y,
2 replies
I thought of the socialist idea of startrek. Everyong works. No one collects cash. They just get what they need from the store or where ever.
reply
Forman
3 ups, 5y,
1 reply
Everyone
reply
ChumpChange
1 up, 5y,
1 reply
I've given it a LOT of thought over the years and I can't see how it could work. The idea that gets repeated throughout all the series is that Humanity [now] works to better itself instead of the selfish and materialistic desires of the individual. Recognition is determined more with deeds and actions than with accumulation of wealth.

There will always be terrible and shitty jobs.

Only the elite become Starfleet Officers or a Federation Delegate/Associate. There are about 10 billion Humans on Earth alone during this time. Who's signing up for the sewage jobs? Or the many other jobs that are unpleasant by nature, without getting paid? Automation sure, but look how much repair the Enterprise needs on a daily basis lol!

I think the Ferengi said it best to Cpt. Archer when he said greed wouldn't have torn Humanity apart if we managed our businesses better. LOL

So yeah, I'm a Trekkie. . .
reply
Forman
2 ups, 5y,
2 replies
The only way i can see it working. Is to have the whole world united and a credit card type of device to show you went to work school or qas excused for the day. You go to the store. Slide your card. Your verified. You take your stuff and go home. If you didn't want to work you could get stuff. Details could be worked out for sick days so forth etc.
reply
ChumpChange
2 ups, 5y,
1 reply
That system would be so complicated...

I dunno, it's a tough pill to swallow either way.
reply
Forman
2 ups, 5y
I know. The system may wind up with everyone lazy at thier jobs. Production would be shoddy. Everyone woyld throw stuff away faster when they got bored with it. Its just not a perfect system and would probably fail fast.
reply
Forman
1 up, 5y
Was
reply
ChumpChange
3 ups, 5y,
1 reply
Replicators and transporters changed everything
reply
Forman
2 ups, 5y
Something sure did.
reply
JoshuaGough
1 up, 3y
Show More Comments
Flip Settings
memes
gifs
other